The Arizona Memory Project provides access to the wealth of primary sources in Arizona libraries, archives, museums and other cultural institutions. Visitors to the site will find some of the best examples of government documents, photographs, maps, and objects that chronicle Arizona's past and present. 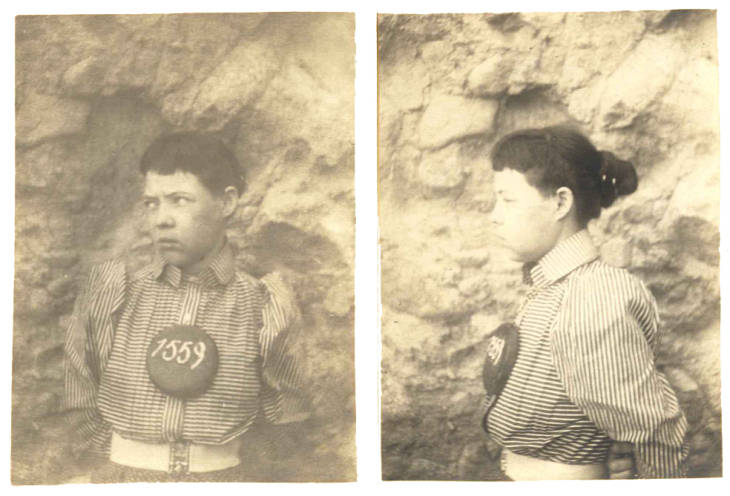 "The many wonderful photographs in the Arizona Historical Foundation's collections have inspired this exhibit of Arizona Women and their diverse contributions. Historians have often downplayed the role of women in the West, denying them individual as well as collective importance. Women from the East were cast in the Victorian role as fragile, dependent, and dainty, unsuited and unwilling to face the hardships of frontier life. Native American women were often romanticized as noble and anonymous princesses. The large number of Hispanic women remained largely invisible in the literature, while Asian- and African American women were non-existent to writers and photographers alike.

Research on the true place of women in history is ongoing. Careful and open examinations of the lives of a few have already demonstrated that their impact on the settlement, civilization and progress of Arizona was far greater than previously believed. Regardless of race or creed they all held firm in working toward a better life. These women raised children, tended the home and worked in the fields; they also owned mines, flew planes, planned roads and expanded the economic base.

The women of the West were both saints and shady ladies. They did not and could not fit the Victorian models of womanhood. Those artificial standards were impossible to maintain in the newly settled West. It would be ridiculous to ride twenty miles only to leave a calling card, and many of the other rules of conduct were equally inappropriate. While the spirit of gentility& - care of family, consideration of others, and moral fiber - was present, the outward appearances could not be kept; therefore, none of these women could truly be considered "ladies." Instead they lived practically and industriously. Famous or "unsung heroines," their lives and works shaped the form and spirit of the state of Arizona." 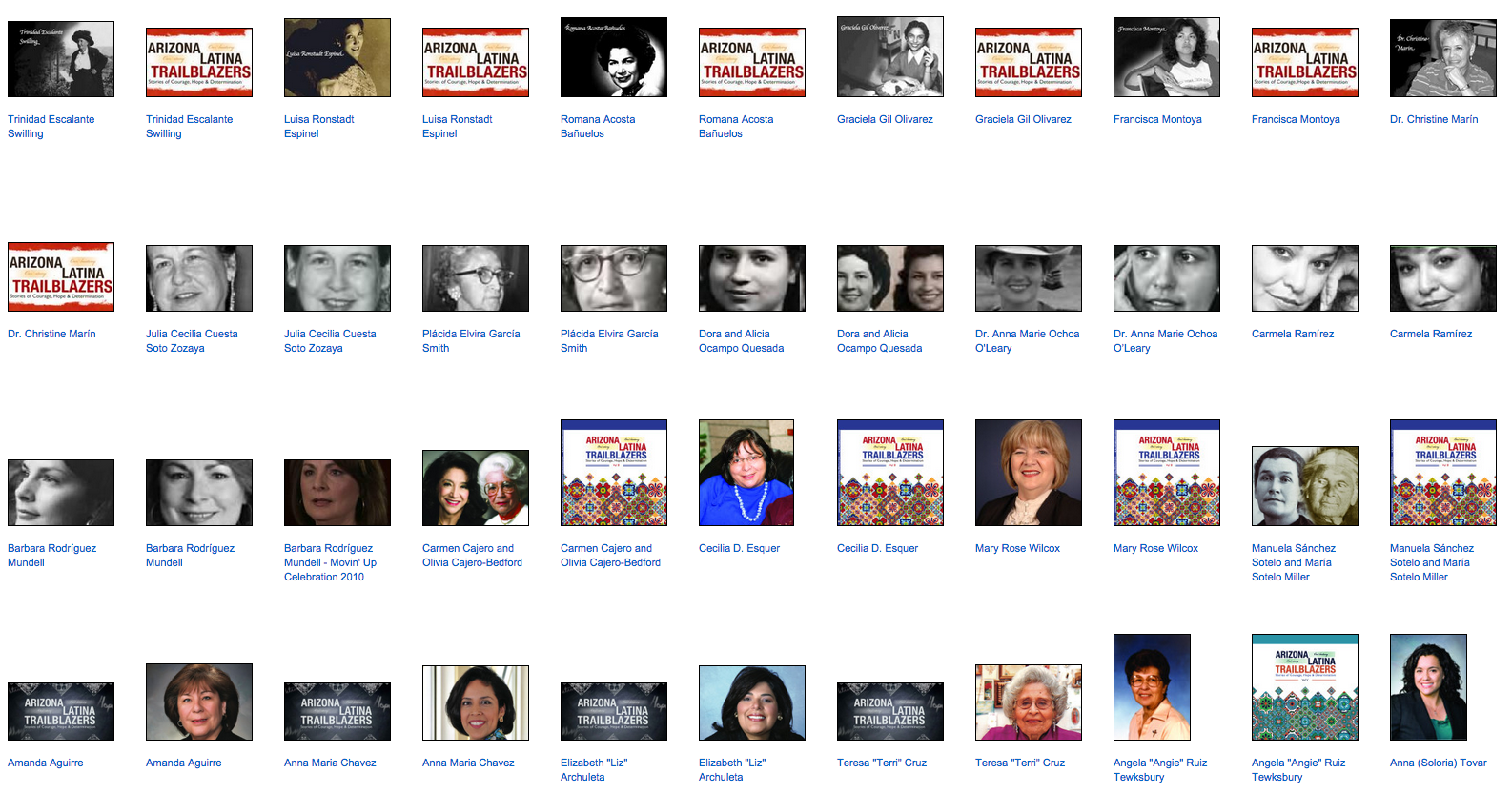 "Latina Americans have had a profound, yet often overlooked, impact throughout Arizona’s history.  This collection shines the spotlight on Latina Pioneers in government, business, law, politics, music and arts.

Profiles of trailblazing Latina women who have established their own unique presence in Arizona’s modern history
Vignettes which recall these trailblazers’ lives and longstanding contributions to the development of our state
Profiles of Latina women in Arizona who are filmmakers, business women and entrepreneurs, authors, police officers and artists." 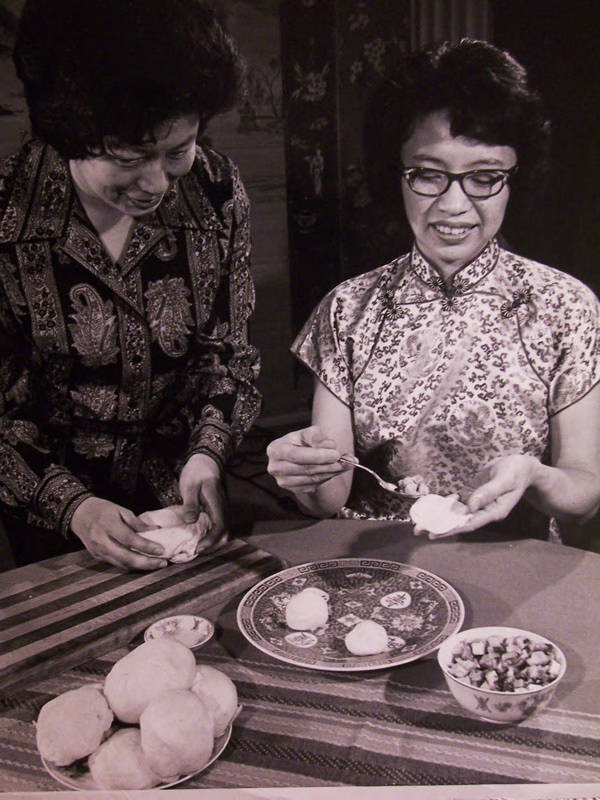 "In the early 1960s, ten young Asian-American women joined together to develop friendships and organized to provide community service as the Desert Jade Junior Woman's Club in Phoenix, Arizona. Within a year, club membership grew to 20.

Today, with removal of the age limitation of 35 years for junior club membership, the group is known as the GFWC Desert Jade Woman' s Club. The many philanthropic and civic projects of the group have included donations of time, money, and energy to various local fire departments, veteran's groups, community, service, and family organizations. The Phoenix Art Museum as well as St. Vincent De Paul are just two of the many organizations who have benefitted from the club's efforts.

From its inception, members of the Desert Jade Woman's Club have felt the need to give back to the community in which they lived. This collection represents barely a glimpse of the past 50 years in which the club has played its part in the history of the state of Arizona.

Each year, a club member(s) created and designed an album for the President of the club, which included photographs, letters, and information on activities for that year which was presented to the President as a keepsake." 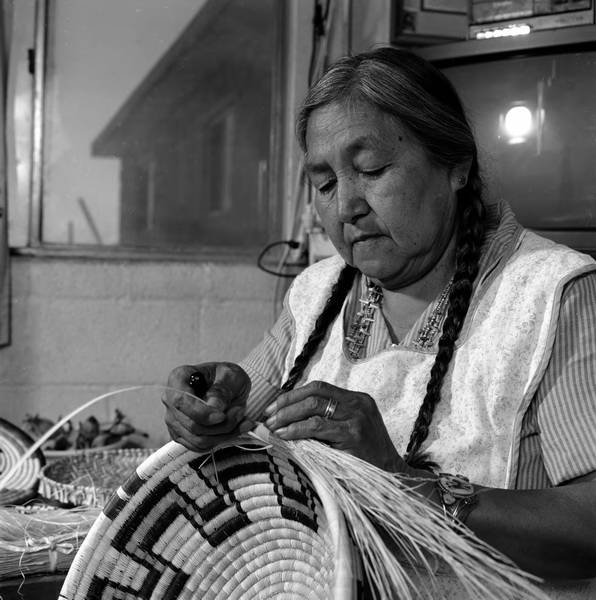 Prompted by her interest in Hopi arts and crafts, Helga Teiwes, photographer for the Arizona State Museum, documented Hopi basket weavers over the course of three years in the early 1990's. Her efforts culminated into the book, Hopi Basket Weaving, Artistry in Natural Fibers. She captured the three styles of basketry woven at Hopi: the wicker basketry of Third Mesa, the coiled basketry of Second Mesa and plaited basketry from all of the Mesas. In addition she documented the women who created these works of art and photographed the materials including sivaapi (rabbitbrush), siwi (dune broom) suuvi (sumac) and mooho (yucca). Her photographs illustrate how the materials were gathered and prepared and show the weaving techniques used. This collection of photographs is a representative sample of Ms. Teiwes's work.

About the Photographer
Helga Teiwes worked for the Arizona State Museum from 1964-1993, documenting Southwest American Indian culture and arts, archaeological excavations, and the Museum's collections. Her photographs have appeared nationally and internationally in numerous exhibitions and publications.