“There are worse crimes than burning books. One of them is not reading them.” ― Joseph Brodsky

“Don't join the book burners. Don't think you're going to conceal faults by concealing evidence that they ever existed. Don't be afraid to go in your library and read every book...” ― Dwight D. Eisenhower

"He who destroys a good book kills reason itself." ― Milton

“If all printers were determined not to print anything till they were sure it would offend nobody, there would be very little printed.” ― Benjamin Franklin

"Books and ideas are the most effective weapons against intolerance and ignorance." ― Lyndon B Johnson

"I hate it that Americans are taught to fear some books and some ideas as though they were diseases..." ― Kurt Vonnegut

"If we want truth, every man ought to be free to say what he things without fear." ― Erasmus

“The burning of a book is a sad, sad sight, for even though a book is nothing but ink and paper, it feels as if the ideas contained in the book are disappearing as the pages turn to ashes and the cover and binding--which is the term for the stitching and glue that holds the pages together--blacken and curl as the flames do their wicked work. When someone is burning a book, they are showing utter contempt for all of the thinking that produced its ideas, all of the labor that went into its words and sentences, and all of the trouble that befell the author...” ― Lemony Snicket, The Penultimate Peril

"Censorship reflects a society's lack of confidence in itself." ― Potter Stewart

“There is more than one way to burn a book. And the world is full of people running about with lit matches.” ― Ray Bradbury

“Torch every book. Burn every page. Char every word to ash. Ideas are incombustible. And therein lies your real fear." ― Ellen Hopkins 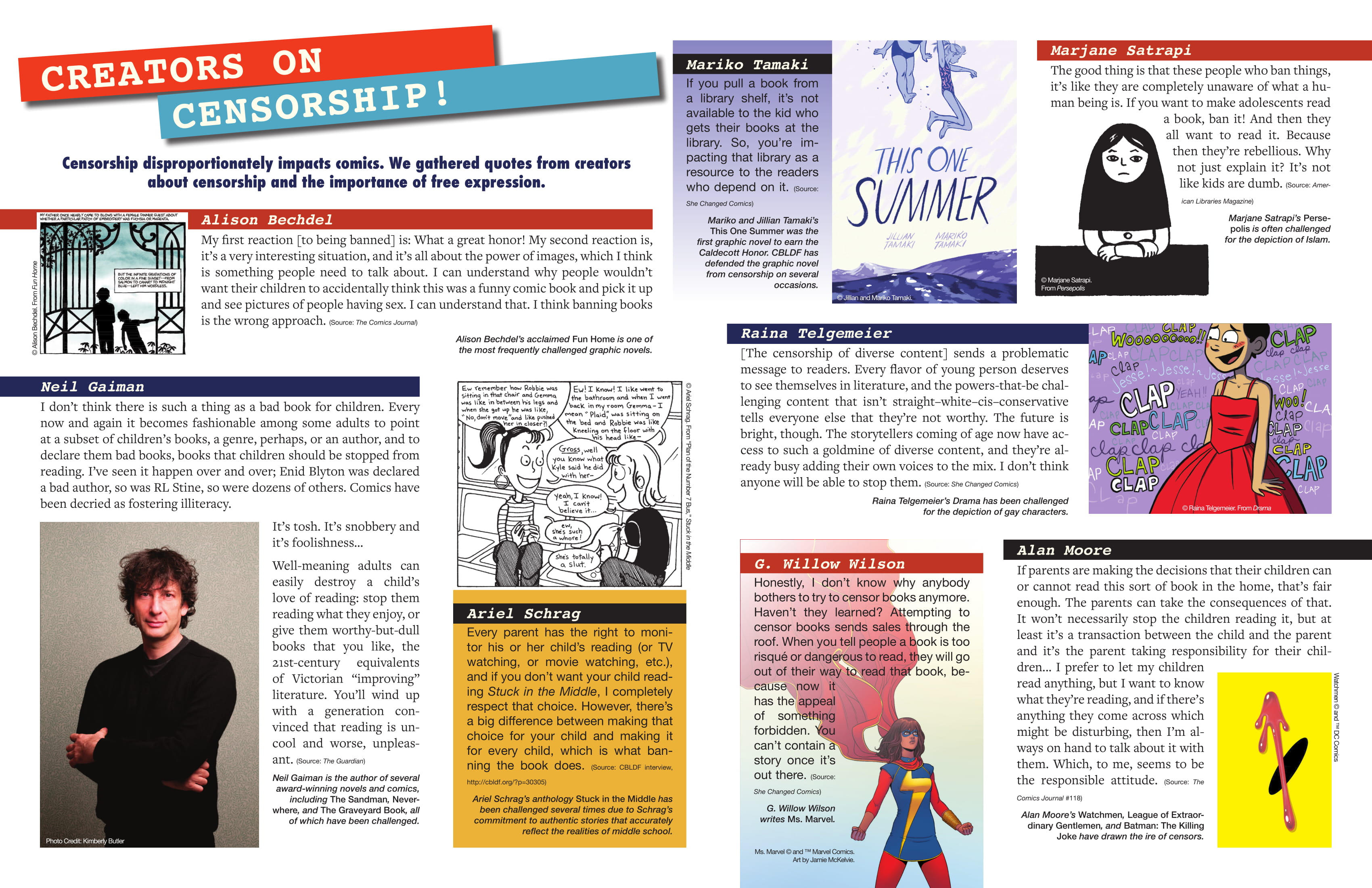