Place the issues of today within a clearer historical context... 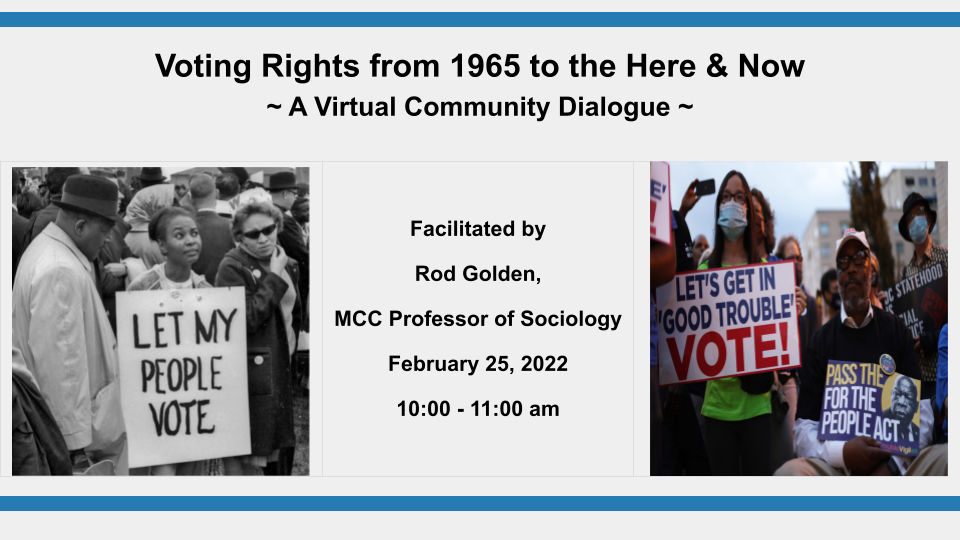 Hosted by the MCC Libraries. | Contact us with questions.

Use the resources below for further investigation.

From ABC-CLIO's The African American Experience:

2020 - In September, a federal appeals court in Florida rules that the state can require people with felony convictions to pay any outstanding court fines or fees before their right to vote is restored. Moreover, the state does not have to inform such individuals of the amount they owe. The decision will likely prevent significant numbers of potential voters from participating in the 2020 presidential election. In May, a federal judge in Florida had ruled that a state law instituting that requirement was unconstitutional. The state legislature had passed the law in response to a voter-approved 2018 amendment to the Florida Constitution allowing most convicted felons to vote after completing their sentence, probation, and parole. The judge determined that the law discriminated against those unable to pay outstanding fines and violated the Twenty-fourth Amendment to the U.S. Constitution, which states that a person's right to vote cannot be denied "by reason of failure to pay poll tax or other tax."

2020 - In April, Wisconsin's Republican-controlled legislature refuses to cancel in-person voting despite the ongoing COVID-19 epidemic and requests from voters, poll workers, public health officials, and elected officials to delay the primary elections. Widespread reports suggest many voters who requested absentee ballots never received them, forcing constituents to choose between going to the polls to vote and risking exposure to COVID-19, or staying home and forfeiting their vote. Crowds of people and long wait times at the polls in Wisconsin prompt other states to take measures to avoid the same situation in their own polling places by expanding absentee and early voting. Just days after the election, Sen. Kamala Harris of California introduced to Congress the VoteSafe Act of 2020, which allocates $5 billion to expand mail-in absentee voting and early in-person voting, as well as improving the safety, accessibility, and efficiency of in-person voting.

2019 - In October, a federal judge grants a temporary injunction to 20 plaintiffs halting a new Florida law requiring people with past felony convictions to pay any fines, fees, or restitution they owe the state or their victims, even if they cannot afford to, before registering to vote. The Republican-controlled state legislature enacted the law after Floridians voted in 2018 to approve an amendment restoring voting rights to former felons.

2013 - On June 25, the U.S. Supreme Court strikes down Section 4 of the Voting Rights Act (1965), the provision that requires some states—those with a history of voting-related racial discrimination—to get any changes to voting regulations pre-approved by the federal government. Chief Justice John Roberts, in his majority opinion, stated that while the law had successfully dealt with past racial discrimination, Congress must now address current circumstances.

2013 - On June 17, the U.S. Supreme Court strikes down an Arizona law requiring would-be voters to show proof of citizenship. The justices rule that the state cannot add additional requirements (in this case physical proof of citizenship) to the 1993 National Voter Registration Act, which was designed to promote voter registration by making the process easier.

2009 - The Military and Overseas Voter Empowerment Act expands the provisions protecting the rights of citizens living overseas to vote in federal elections.

2008 - In April, the Supreme Court upholds an Indiana law requiring voters to show photo identification in order to prevent voter fraud. Opponents of the law had argued that the requirement unfairly disenfranchised minority, elderly, and poor voters.

1993 - The National Voter Registration Act, also known as the Motor Voter Bill, is signed into law by President Bill Clinton.

1990 - Congress passes the Americans with Disabilities Act (ADA), which expands the responsibilities of state and local election officials in guaranteeing accessibility for all, regardless of physical disabilities, to registration and polling places.

1986 - The Uniformed and Overseas Citizens Absentee Voting Act is passed in an effort to protect the federal voting rights of U.S. citizens living abroad. The act requires that states allow these citizens to register to vote and receive absentee ballots.

1975 - An amendment to the Voting Rights Act requires ballot information to be provided in languages other the English.

1974 - In Richardson v. Ramirez, the U.S. Supreme Court rules that states may disenfranchise convicted felons under the Fourteenth Amendment.

1971 - The Twenty-sixth Amendment to the U.S. Constitution is ratified, guaranteeing to those 18 years of age and older the right to vote in federal and state elections.

1966 - The U.S. Supreme Court in Harper v. Virginia State Board of Elections declares unconstitutional the use of the poll tax as a condition for voting in state elections, thereby outlawing a procedure long used by state legislatures to limit the right to vote.

1965 - In August, President Lyndon B. Johnson signs the Voting Rights Act into law. The act prohibits all preconditions—such as literacy tests and poll taxes—for voting that had been used to prevent or discourage African Americans from registering to vote.

1964 - The Mississippi Summer Project, also known as "Freedom Summer," sends hundreds of black and white student volunteers to the Deep South to run African American voter registration drives and encourage the black community to get involved in politics.

1964 - In Reynolds v. Sims, the U.S. Supreme Court rules that state legislative districts must be apportioned as equally as possible according to population, based on the principle of "one man, one vote."

1964 - The Twenty-fourth Amendment to the U.S. Constitution is ratified, prohibiting the use of the poll tax.

1961 - The Twenty-third Amendment to the U.S. Constitution grants residents of Washington, D.C., the right to vote in presidential elections. However, the amendment does not extend the right to D.C. citizens to vote for congressional representatives.

1959 - The U.S. Supreme Court upholds literacy tests for voting in North Carolina in Lassiter v. Northampton County Board of Elections.

1957 - The Civil Rights Act of 1957 allows the Department of Justice to bring lawsuits on behalf of African Americans who have been denied their voting rights.

1952 - Under the McCarran-Walter Act, Japanese Americans born in the U.S. are granted citizenship and thus the right to vote.

1920 - The Nineteenth Amendment to the U.S. Constitution is ratified, guaranteeing women the right to vote in federal and state elections.

1898 - In Williams v. Mississippi, the U.S. Supreme Court rules that the state of Mississippi's requirement that potential voters pass literacy tests is constitutional. The Court ignores the fact that the tests are intended to disenfranchise African Americans, many of whom had been slaves and were forbidden by law to learn to read and write. Several other states pass similar measures after the ruling.

1895 - In addition to a literacy test as a precondition for voting, the South Carolina constitutional convention establishes a grandfather clause that states that until 1898 any person who could vote in 1867, his descendants, or any naturalized citizen is exempt from the literacy requirement. This provision is intended to disenfranchise blacks while allowing illiterate whites to vote.

1888 - Florida institutes a poll tax and several other measures directed at African American voters. By 1892, voter turnout among African Americans will drop from 62% to 11%.

1884 - In Elk v. Wilkins, the U.S. Supreme Court rules that the Fourteenth and Fifteenth Amendments do not apply to Native Americans.

1882 - Under the Chinese Exclusion Act, Chinese Americans are denied U.S. citizenship and thus are also denied the right to vote.

1875 - In its ruling on the case Minor v. Happersett, the Supreme Court upholds a Missouri law granting voting eligibility only to men.

1870 - The Fifteenth Amendment is ratified, guaranteeing that "the right of citizens of the United States to vote shall not be denied or abridged by the United States or by any State on account of race, color, or previous condition of servitude." Despite this amendment, many African Americans encounter obstacles designed by those wishing to prevent them from exercising the right to vote.

1870 - Women in Utah are granted the right to vote by the state legislature. Congress will rescind the right in 1887 as part of the effort against polygamy.

1869 - Women in Wyoming Territory are granted the right to vote.

1856 - North Carolina removes property qualifications for voter eligibility, the last state to do so. White men in all the states now have the right to vote.

1828 - Maryland removes religious restrictions on voting. It is the last state to do so. States are no longer allowed to deny voting rights based on voters' religious affiliations.

1792 - Under its new state constitution, New Hampshire grants the vote to all male inhabitants. The provision contains an exception preventing "paupers" from voting.

1788 - The U.S. Constitution is ratified. It gives states the right to determine who is eligible to vote. Many of the states will restrict voting eligibility to property-owning white males.

1780 - The Massachusetts constitution grants suffrage to all male citizens of age, excluding "paupers" and those under guardianships. Would-be voters are also required to be able to read the U.S. Constitution in English and write their names. 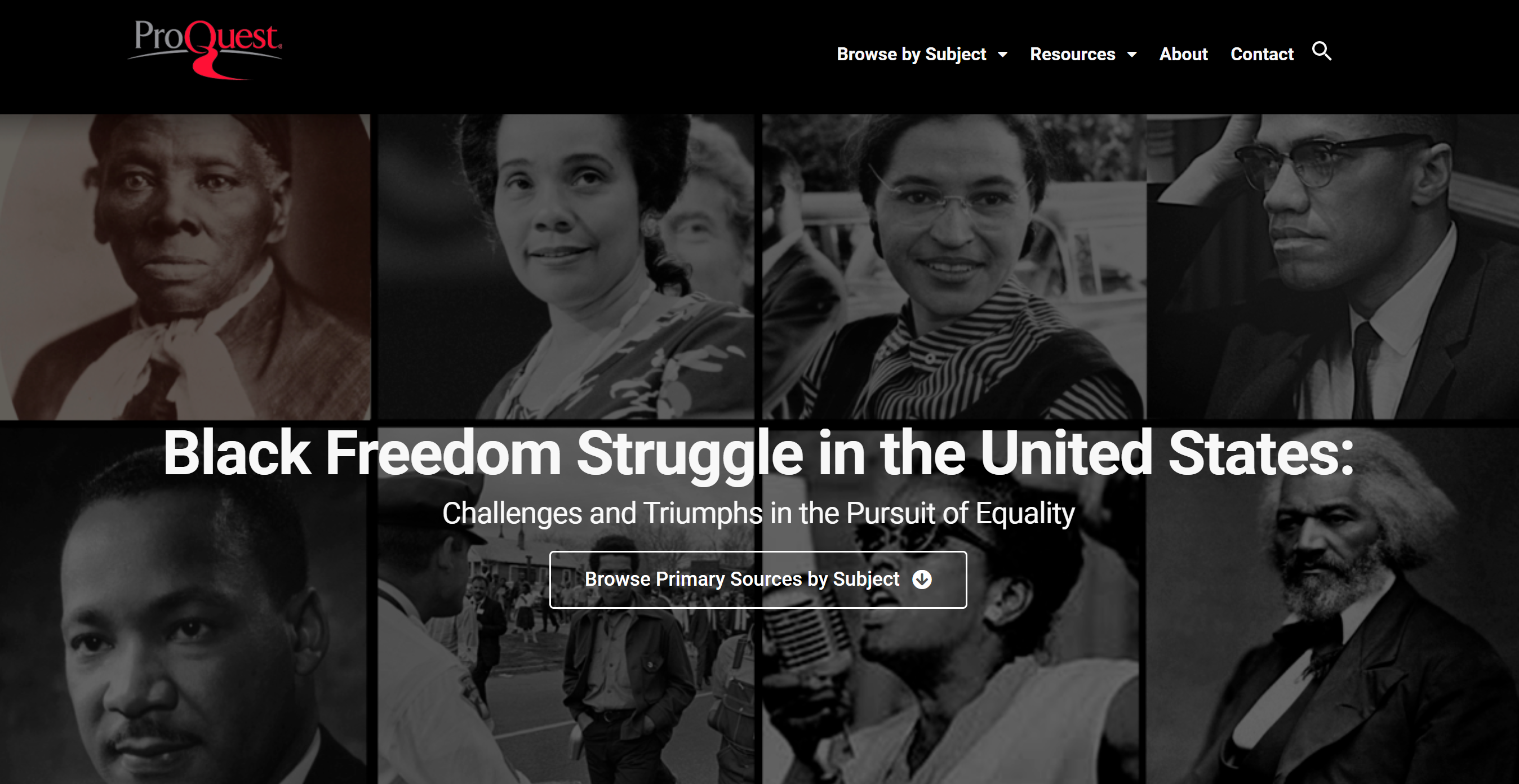