Stop by the Paul A. Elsner Library to explore the many reasons why Native Americans have served in the military from colonial times to the present. Created by students in collaboration with MCC's American Indian Institute, viewers are encouraged to consider how this service demonstrates language as a representation of resilience and survival -- for indigenous peoples in the face of forced removal, boarding schools, and other acts of genocide and assimilation, and for the United States that used code talkers as part of critical military strategy. Underscoring the inner contradictions, scholar Jancita Warrington (Potawatomi, Menominee, and Ho-Chunk descent) writes:

Ironically, tribal languages were being used as perhaps the greatest military weapon in the war. One German prisoner of war admitted that the German military could break any code, but the Choctaw language that was used to convey messages completely stumped them. The Germans could not understand the language or its origin and hence could not decode it. The tribal languages that were strictly prohibited by federal policy ultimately helped the United States to win WWI, although this fact was not released immediately to the public...

Visit the exhibit in person at the Paul A. Elsner Library! 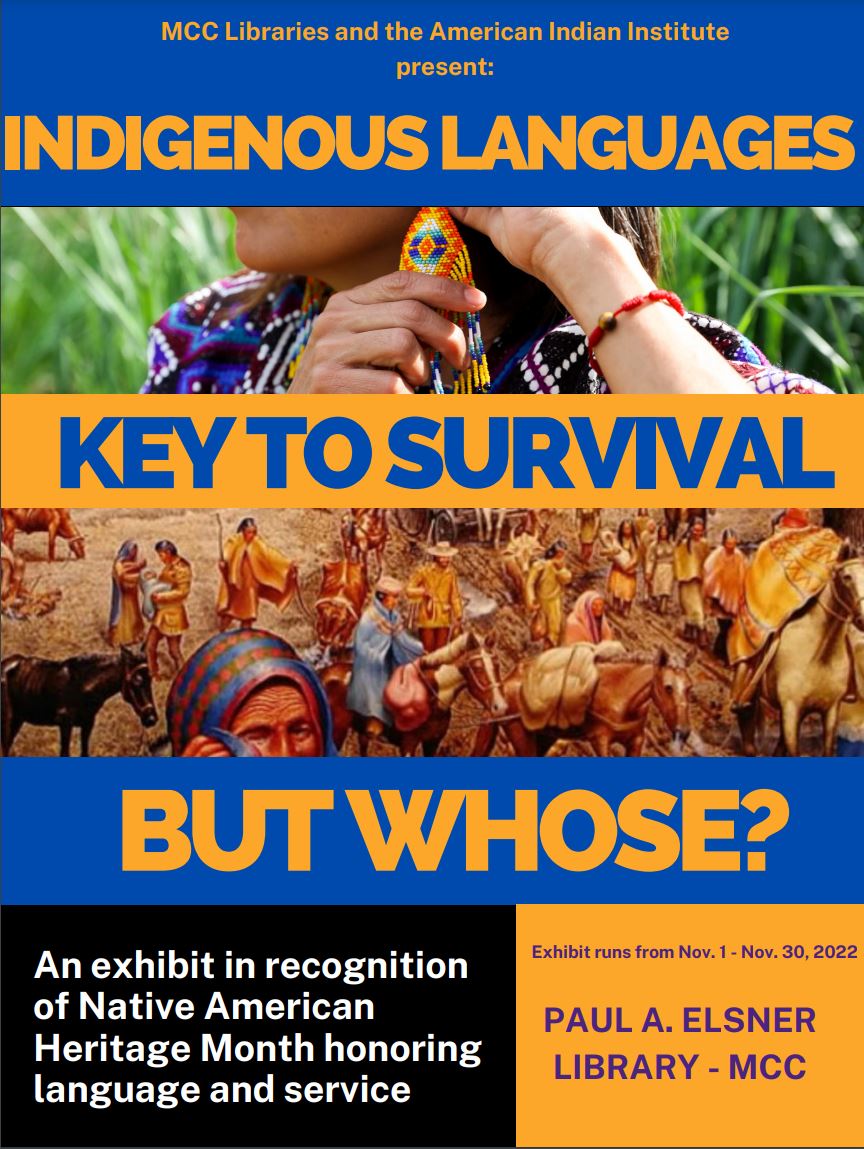 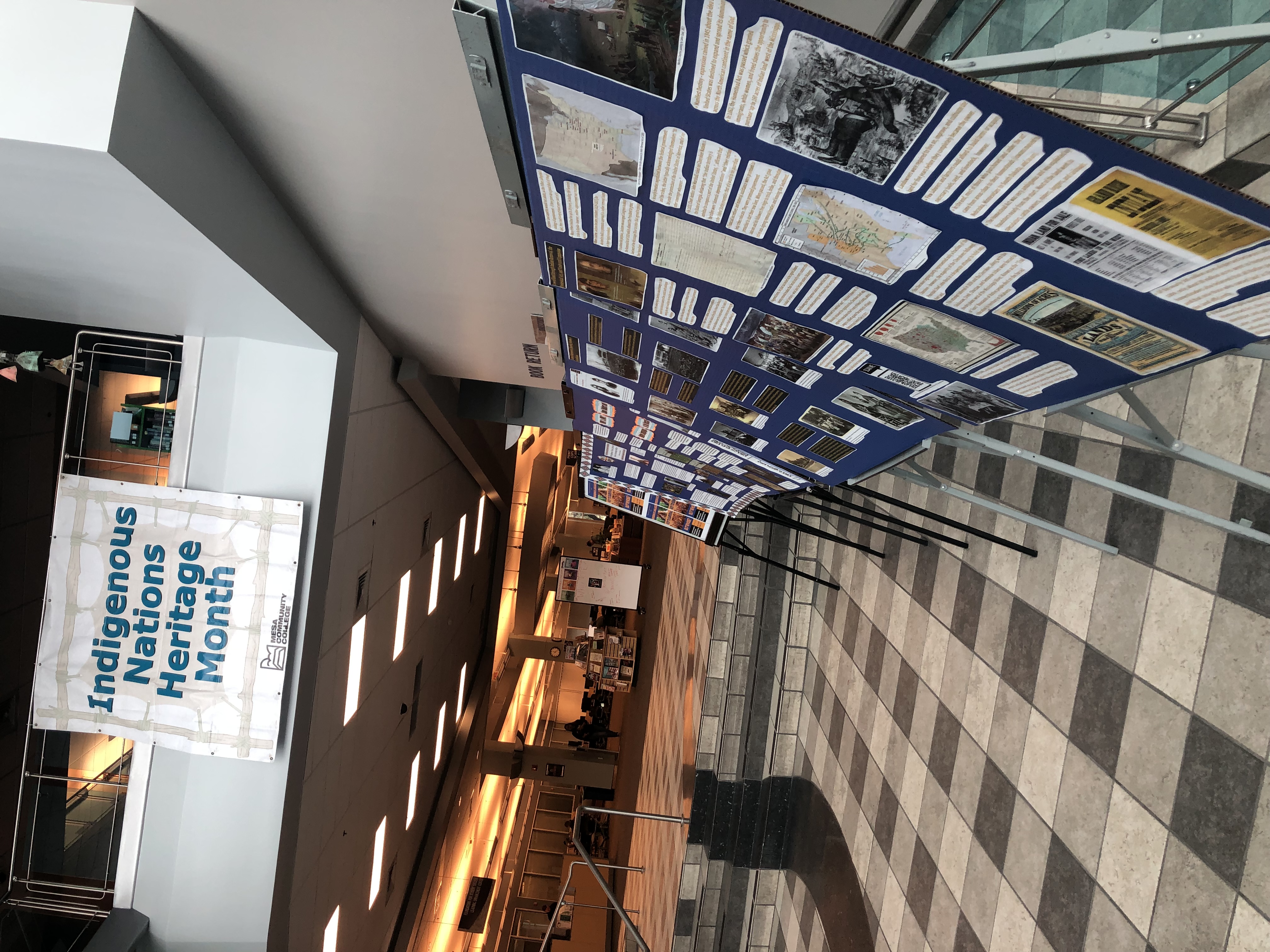 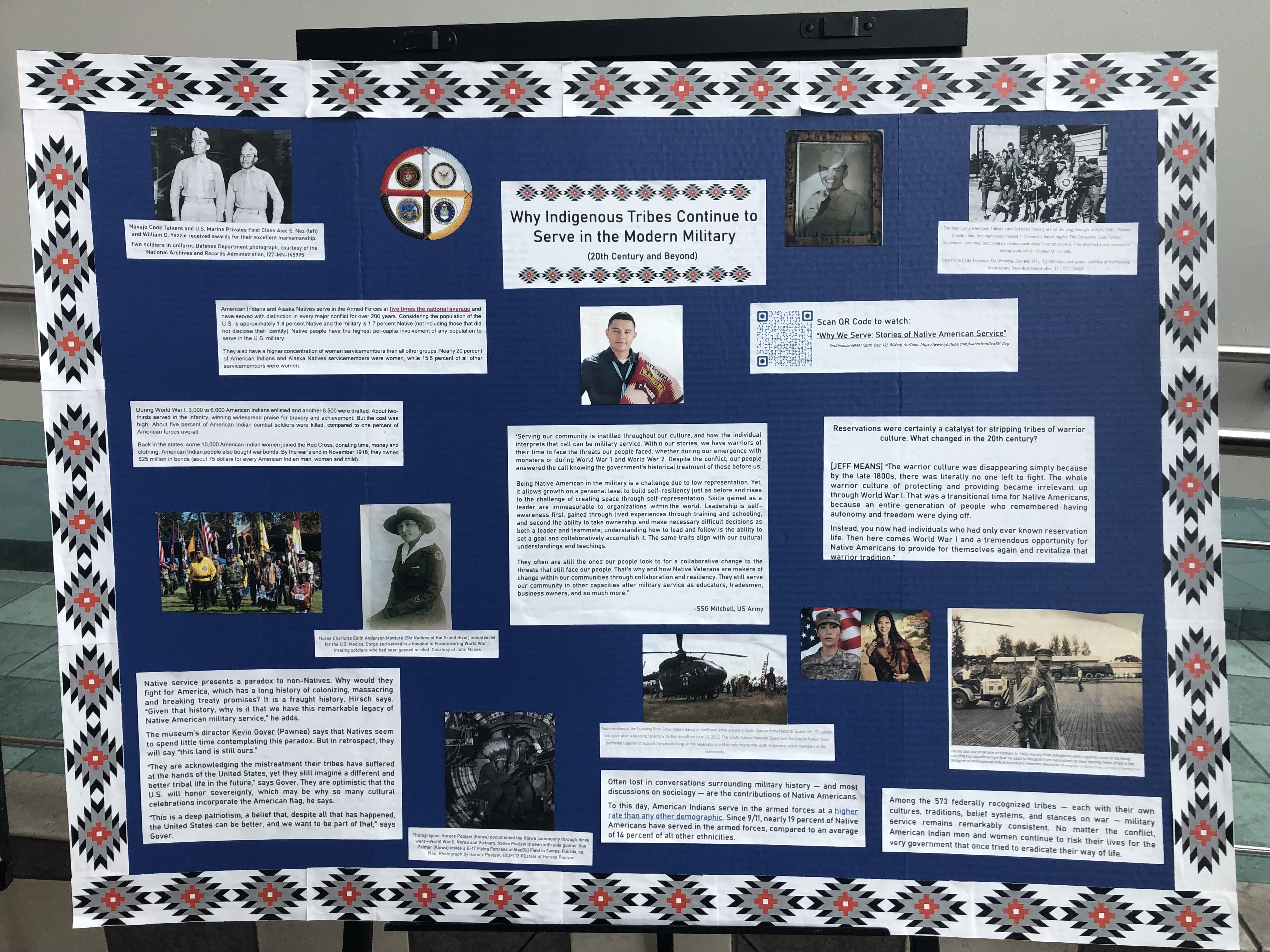 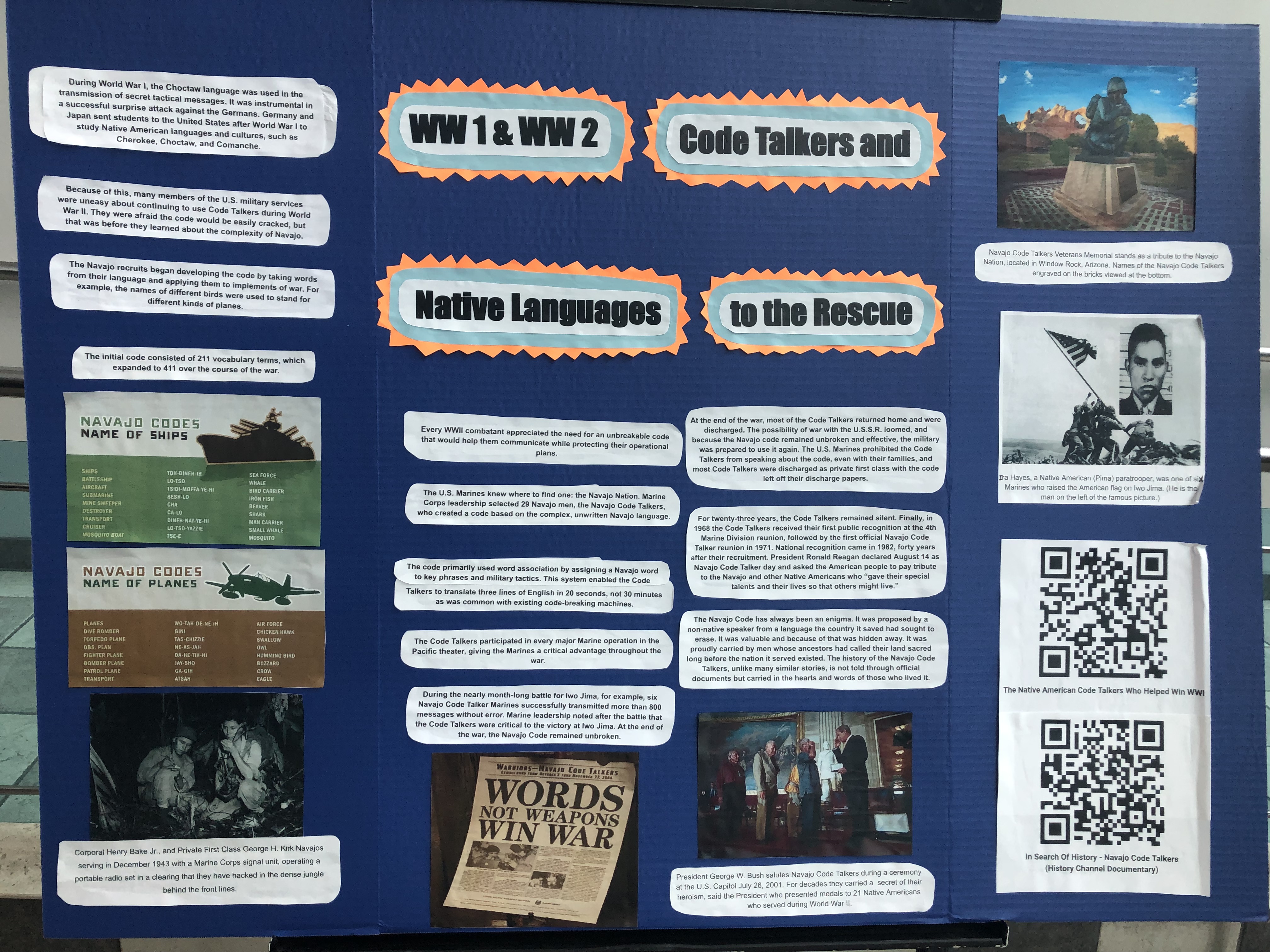 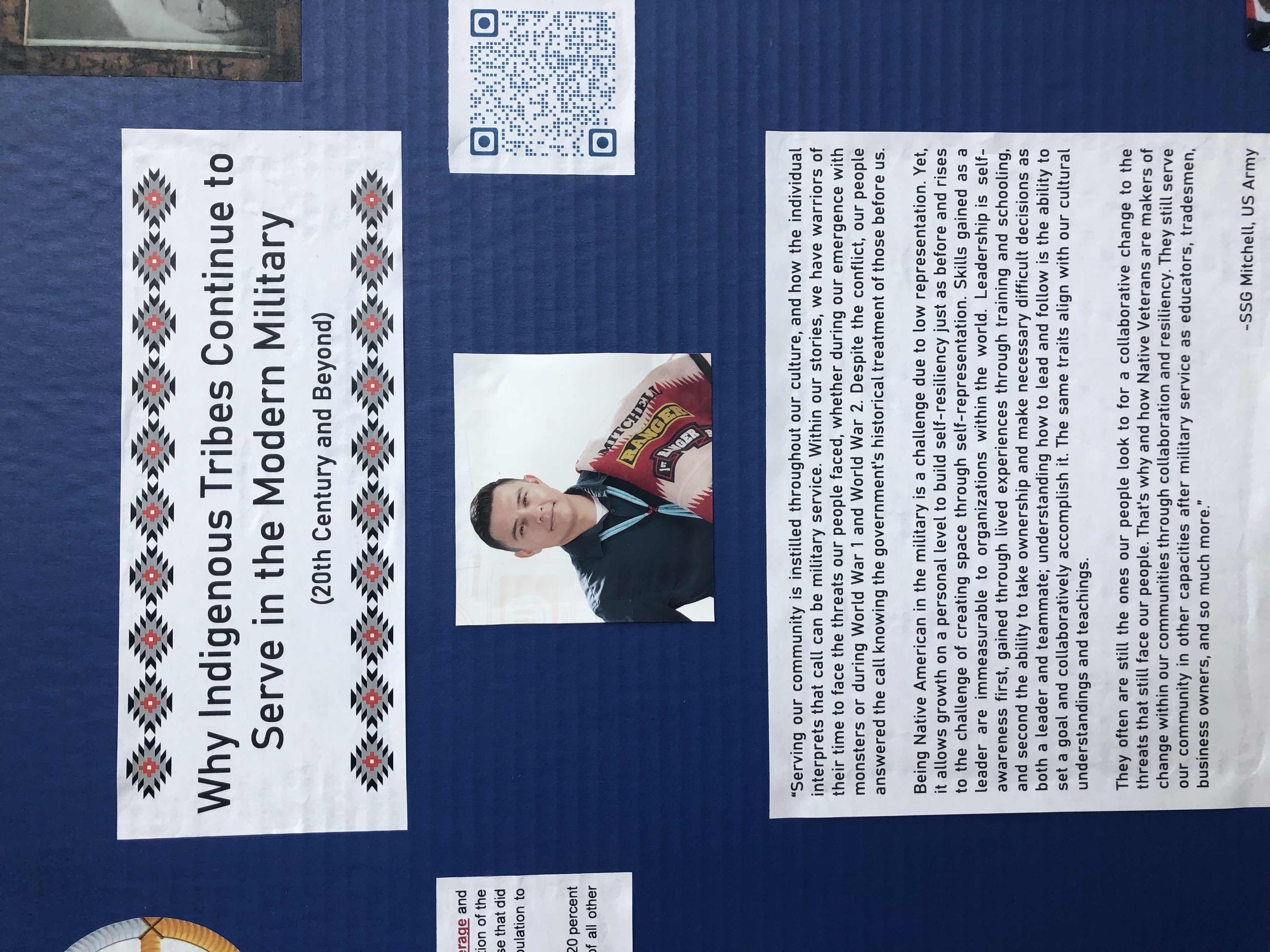 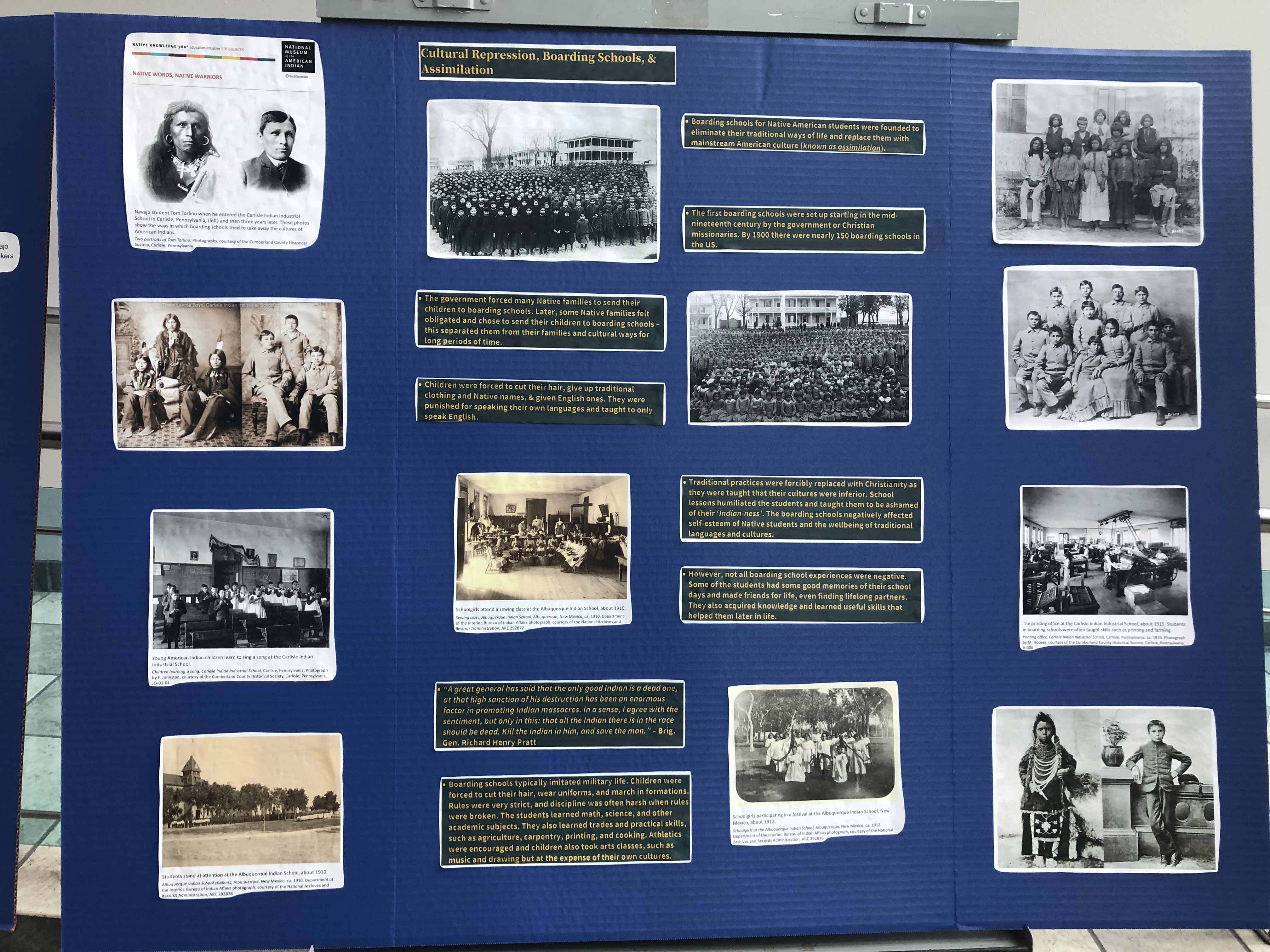 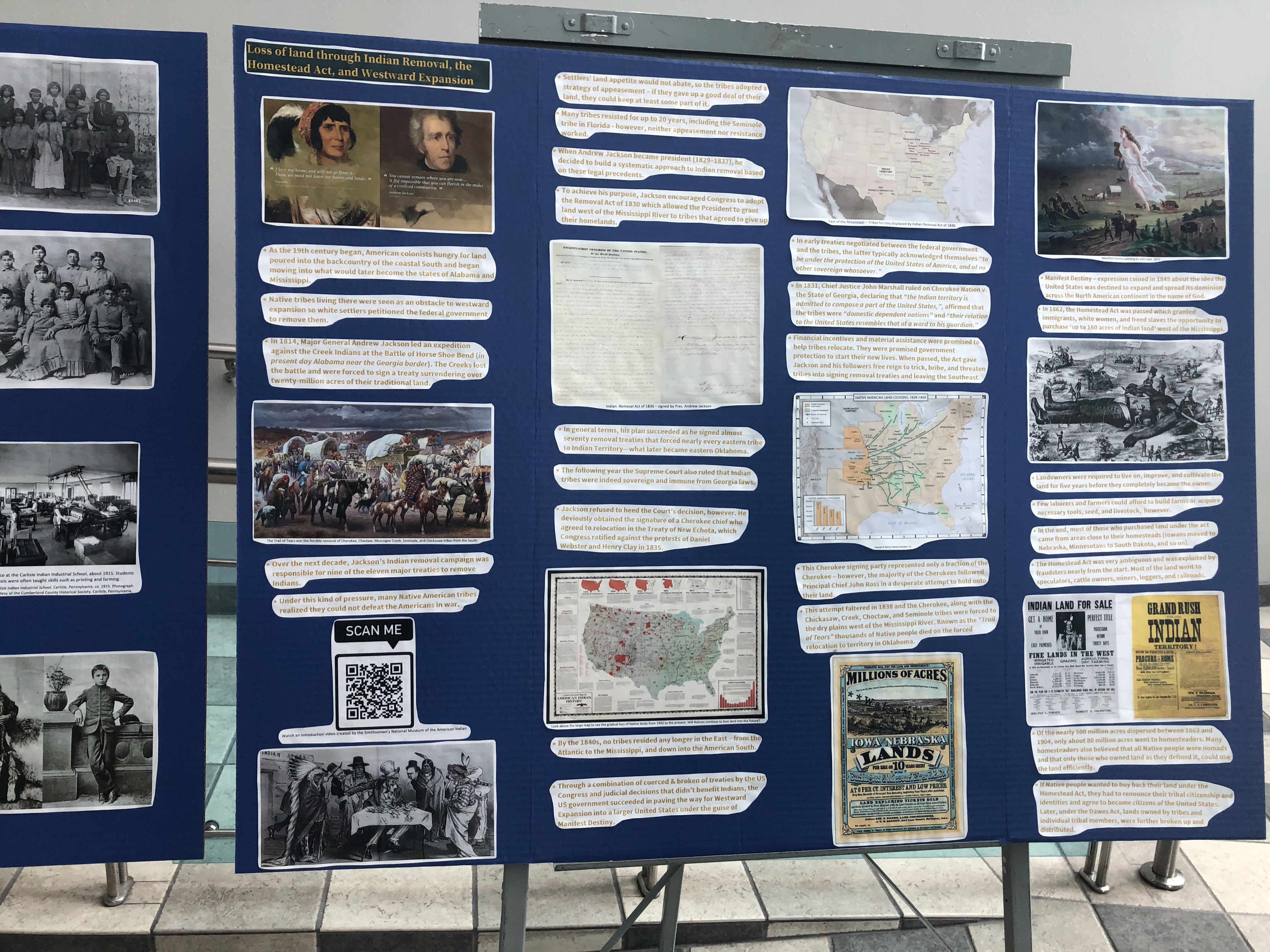 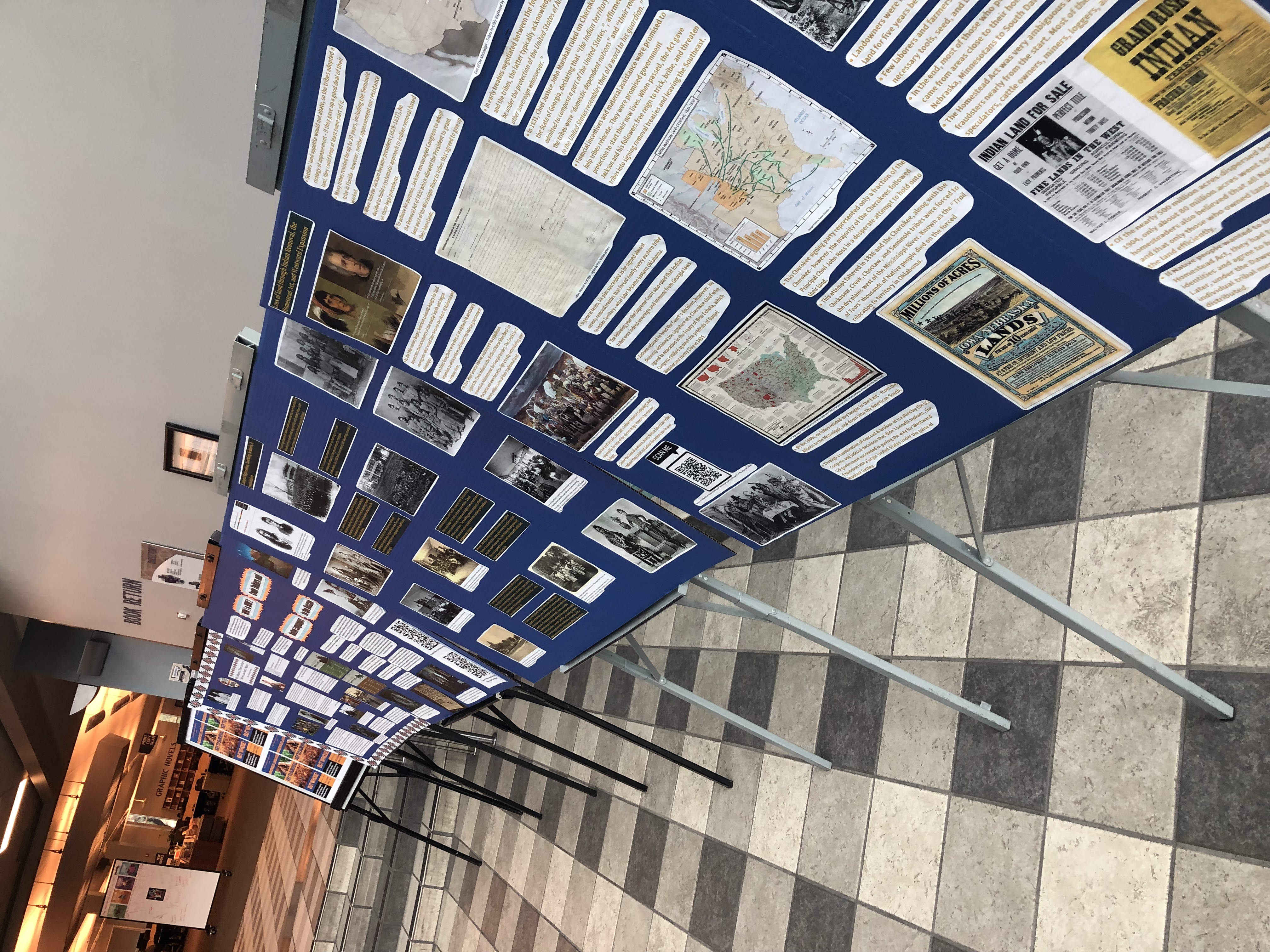 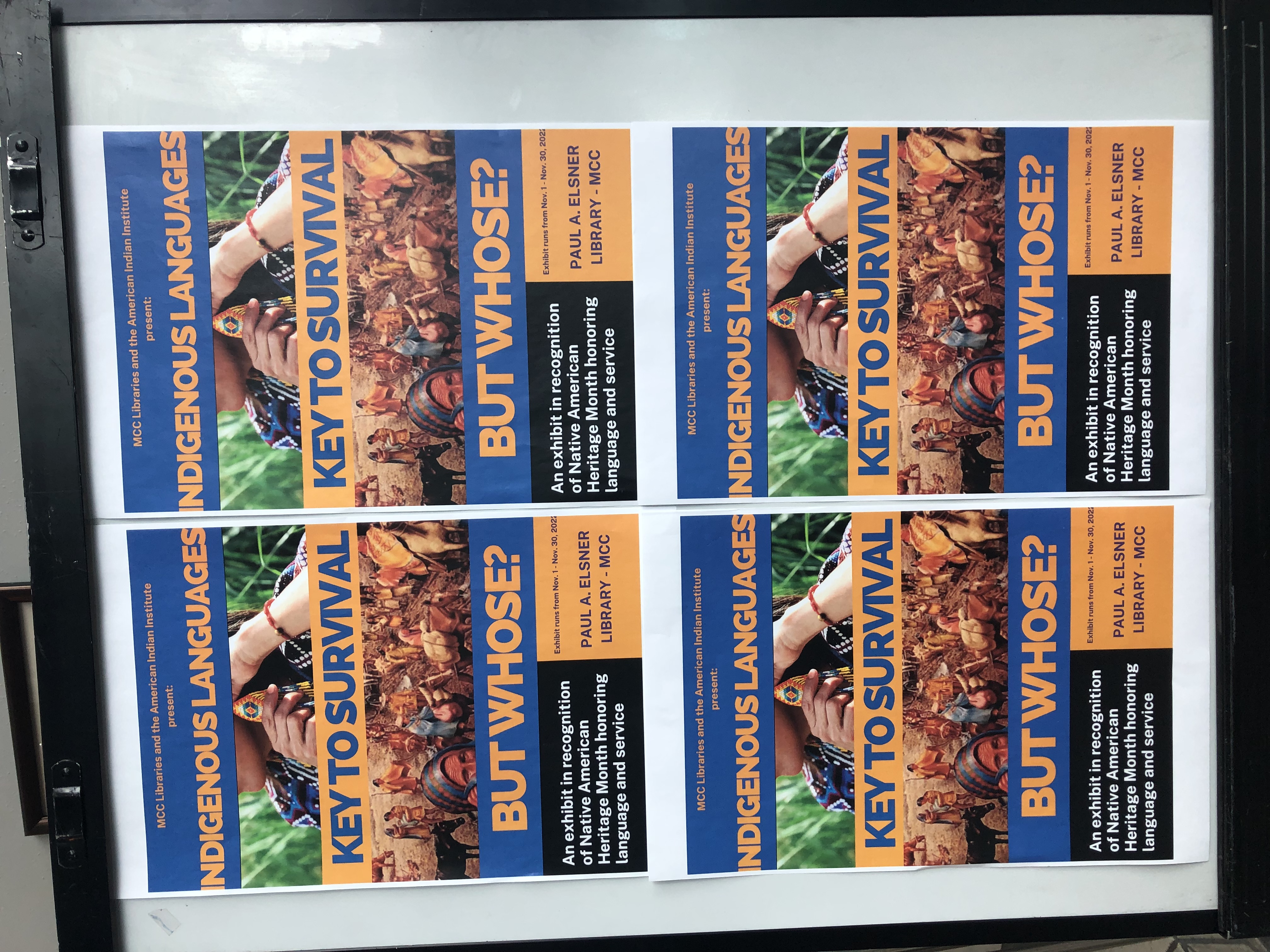 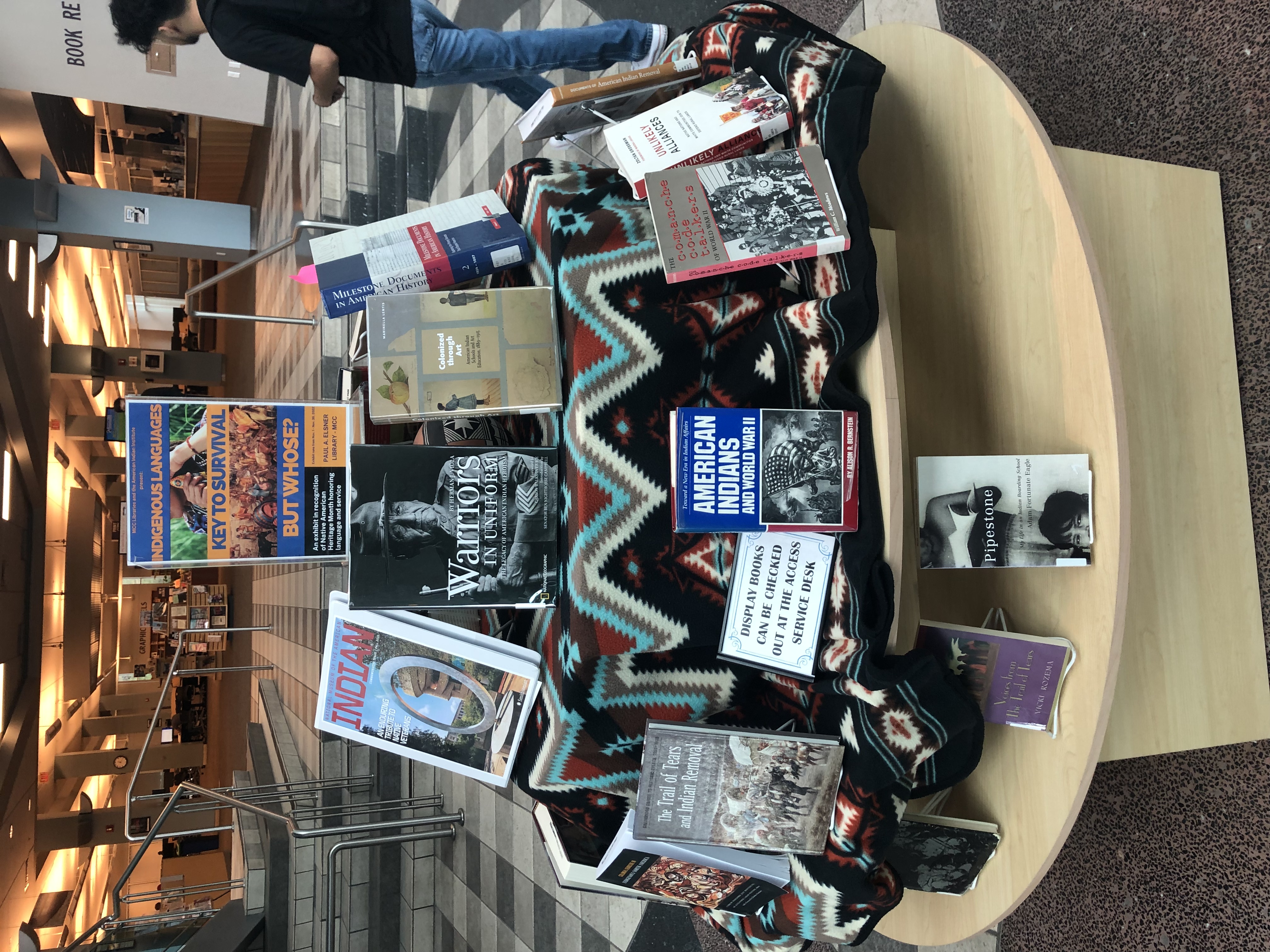 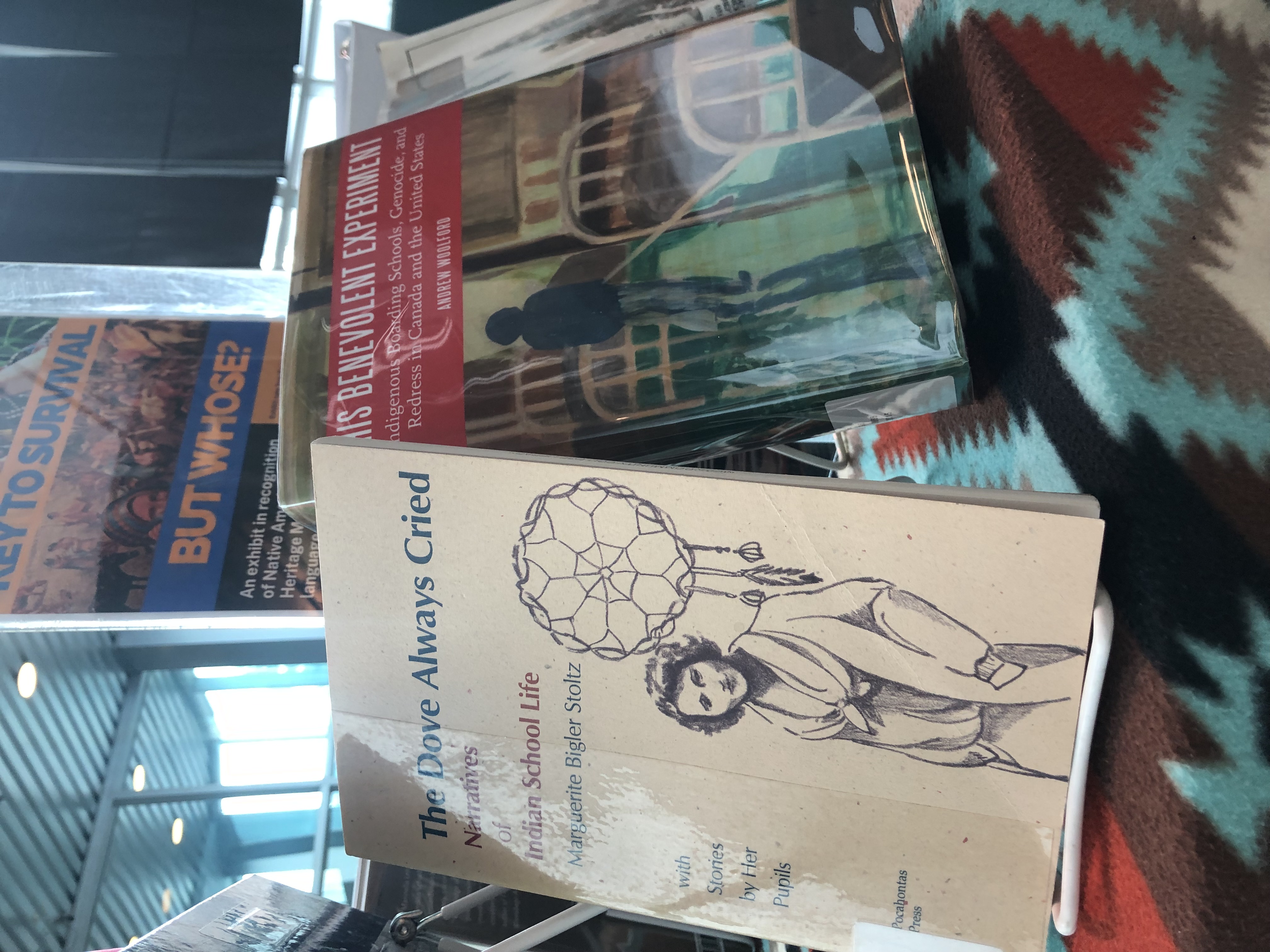 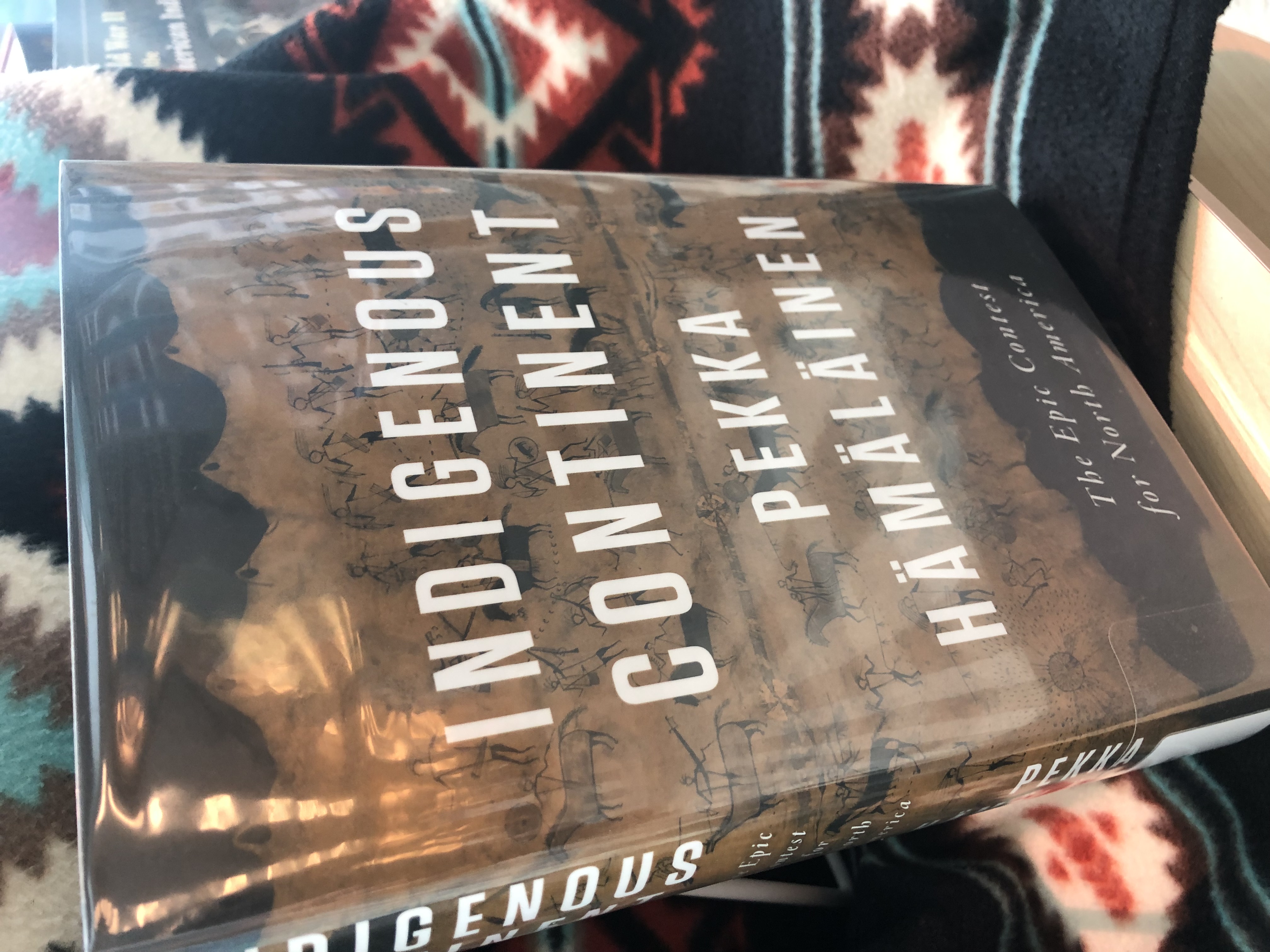 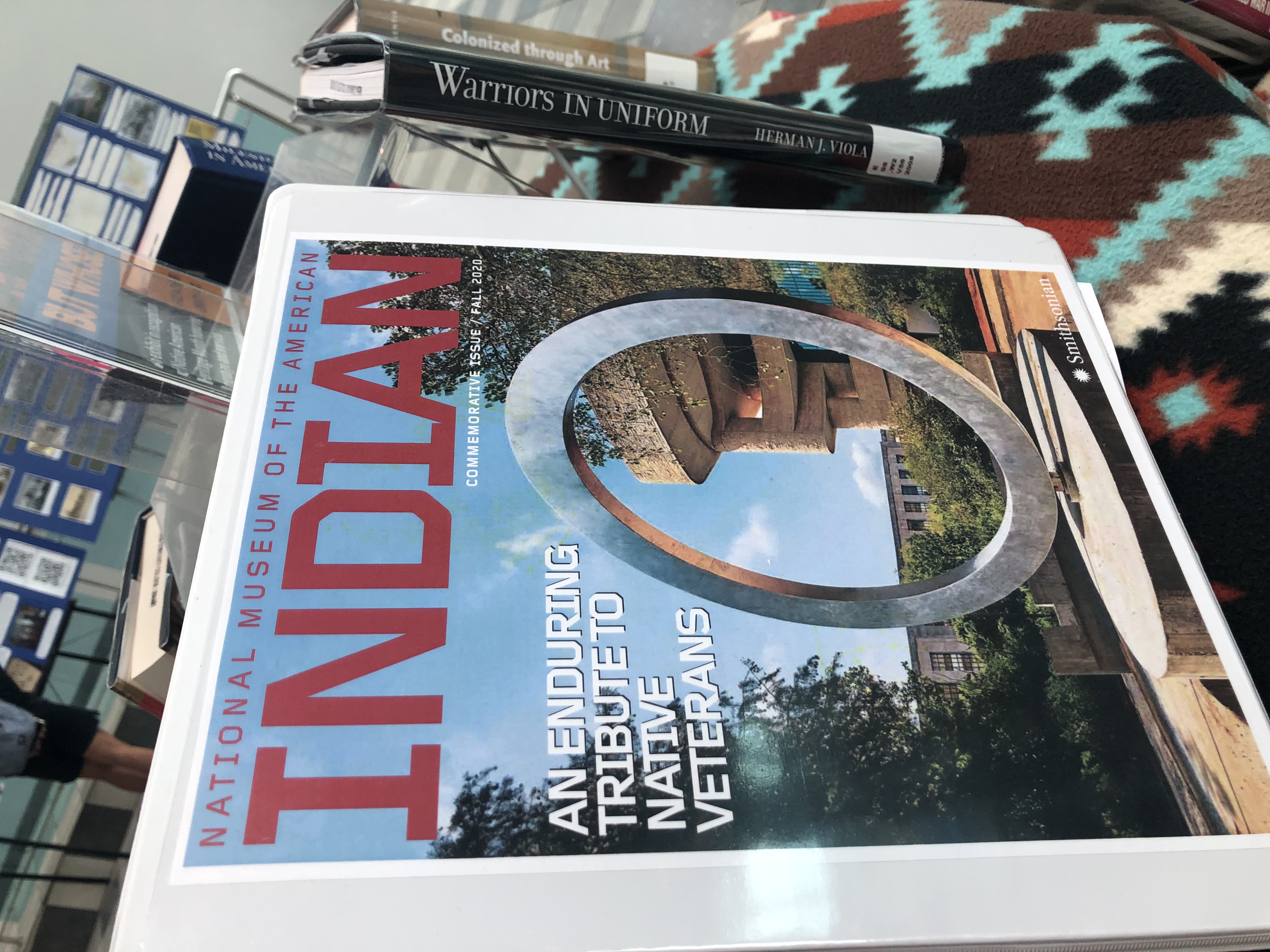 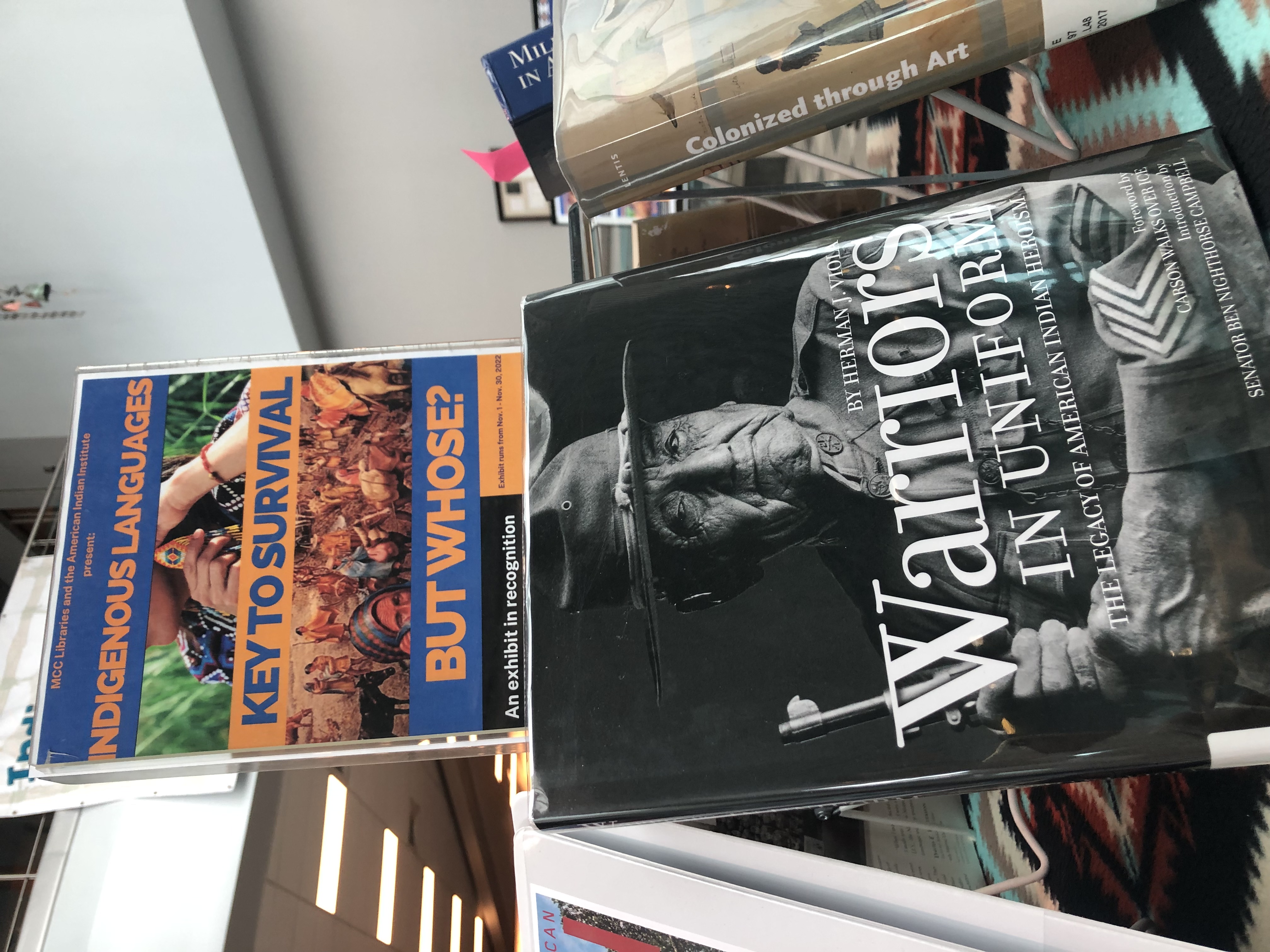 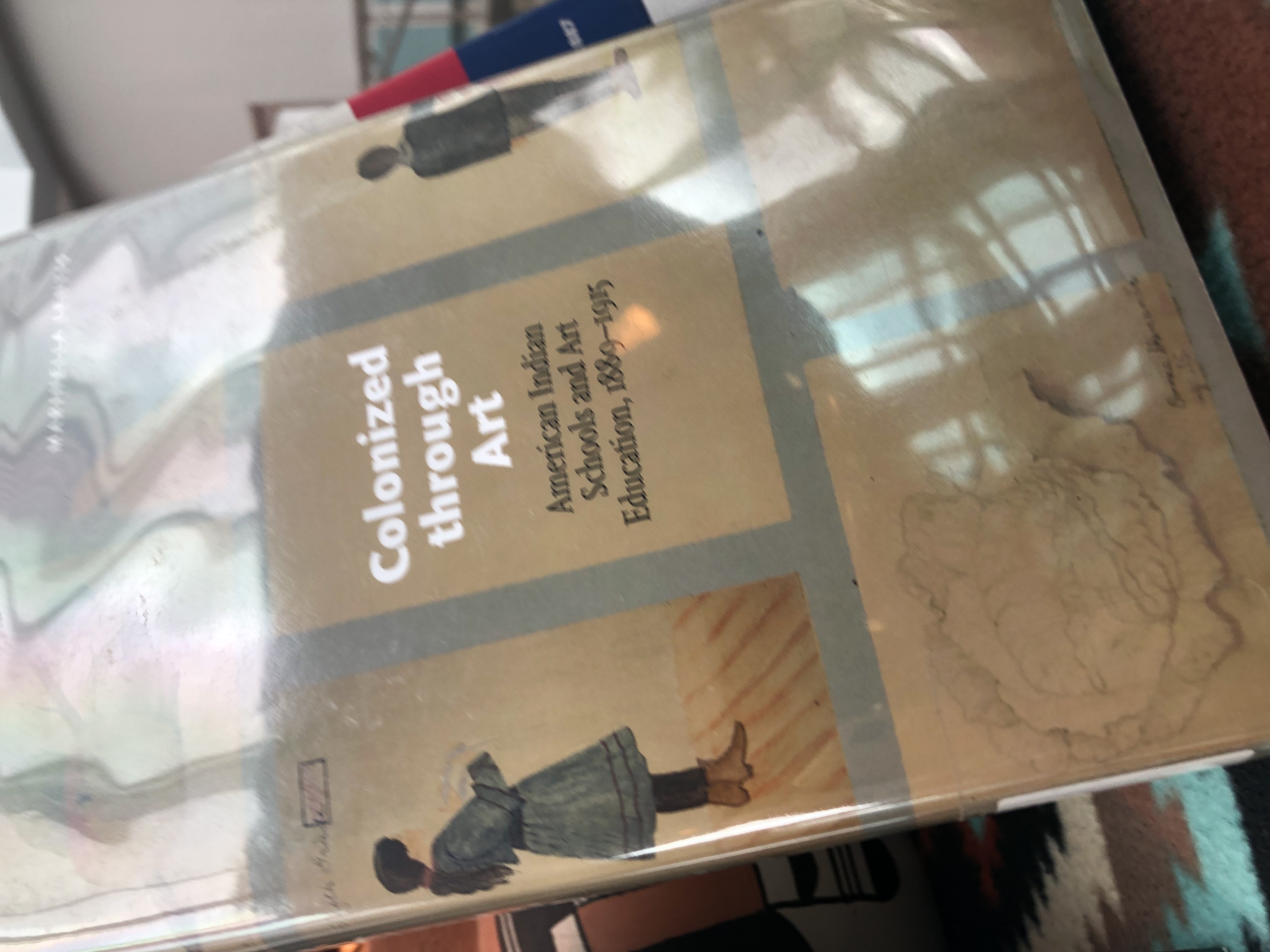 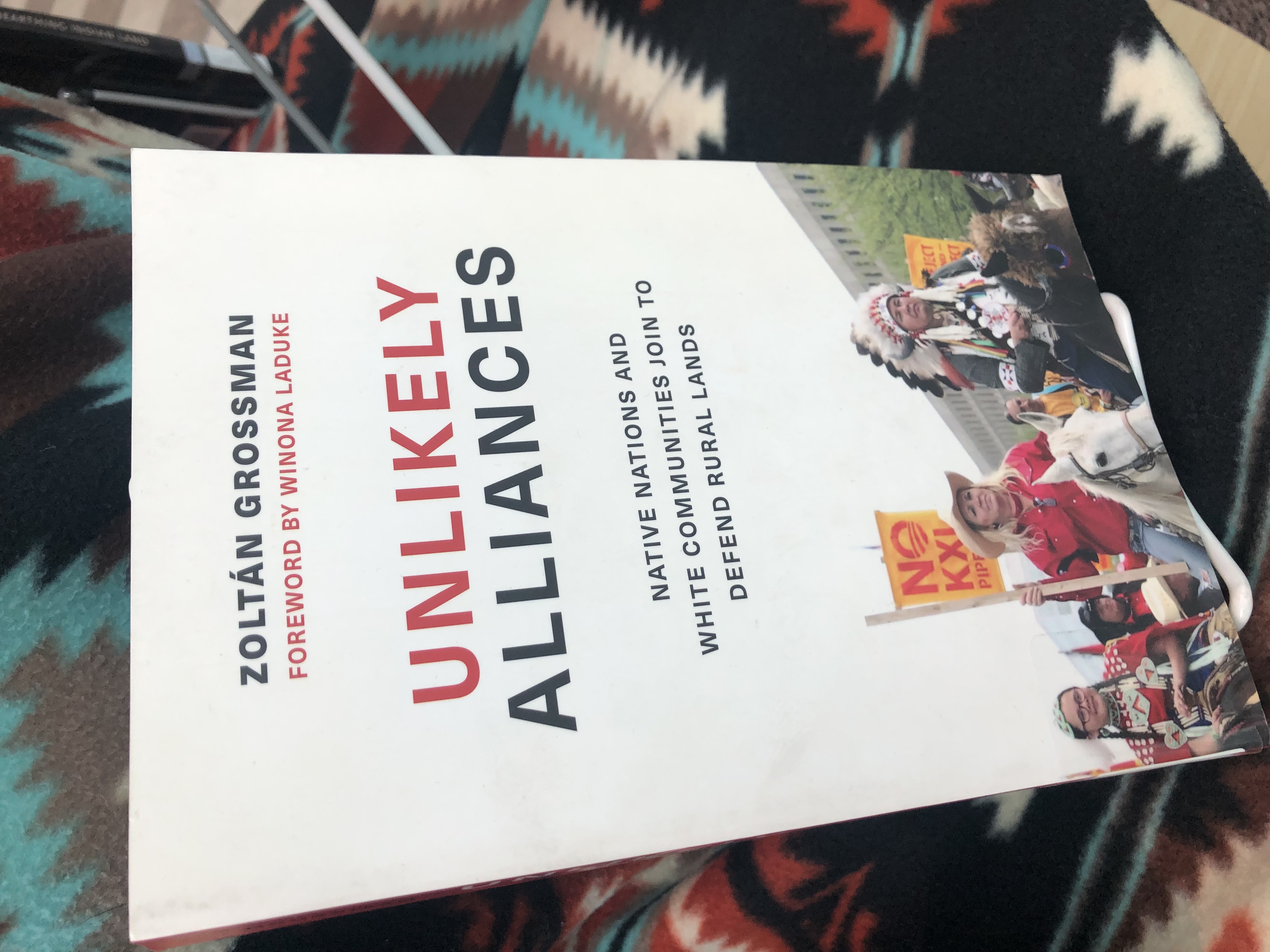 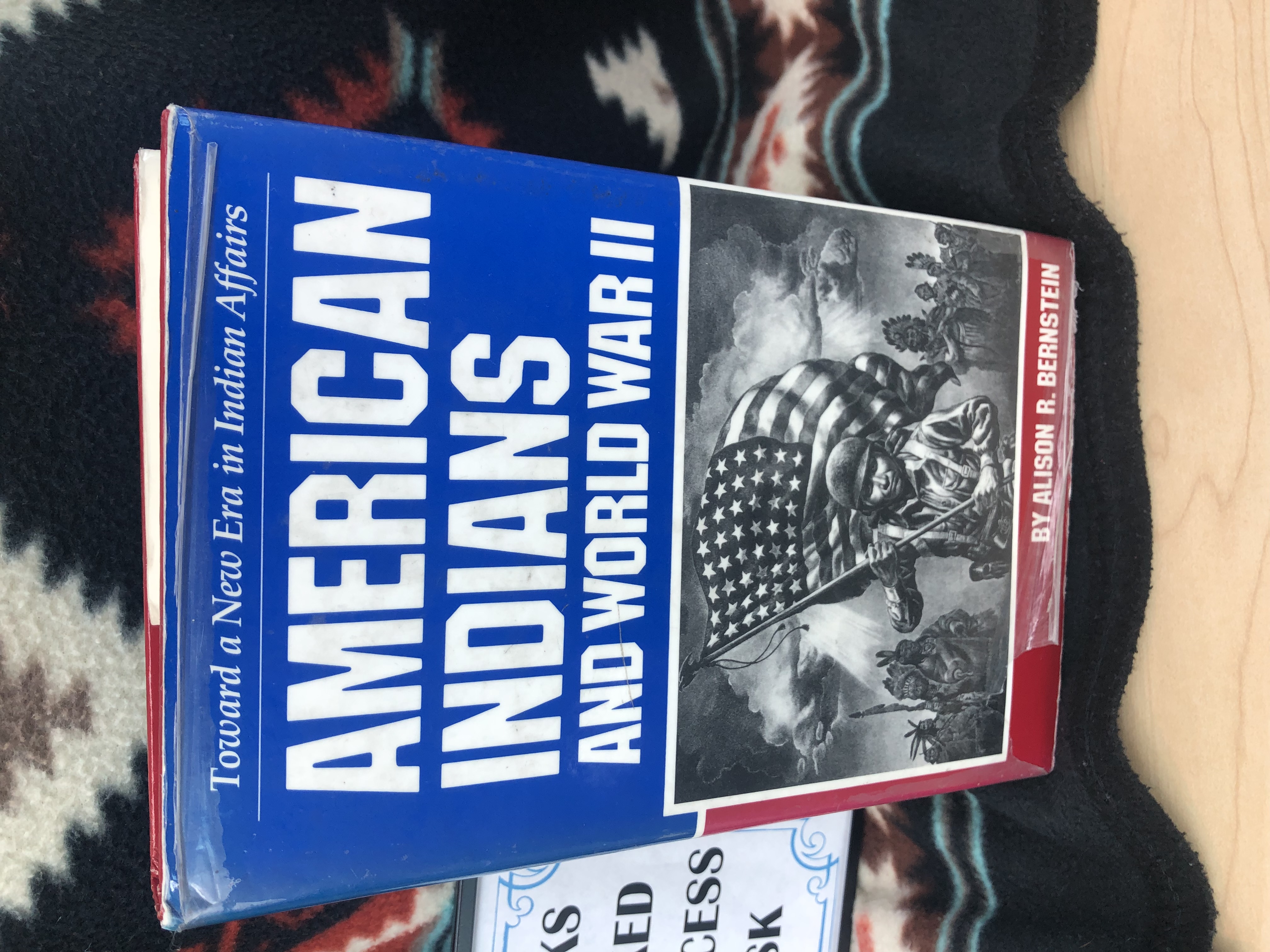 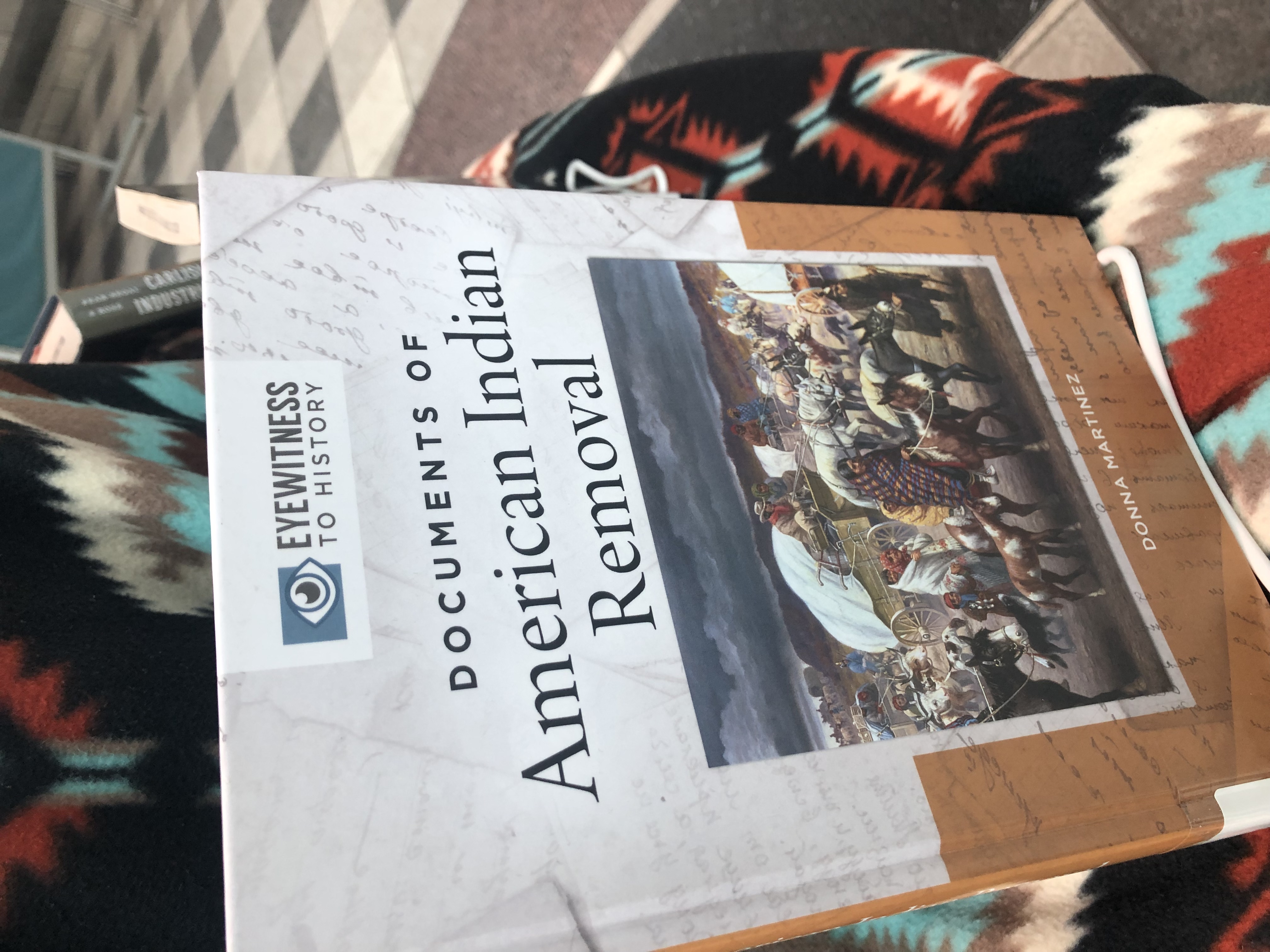 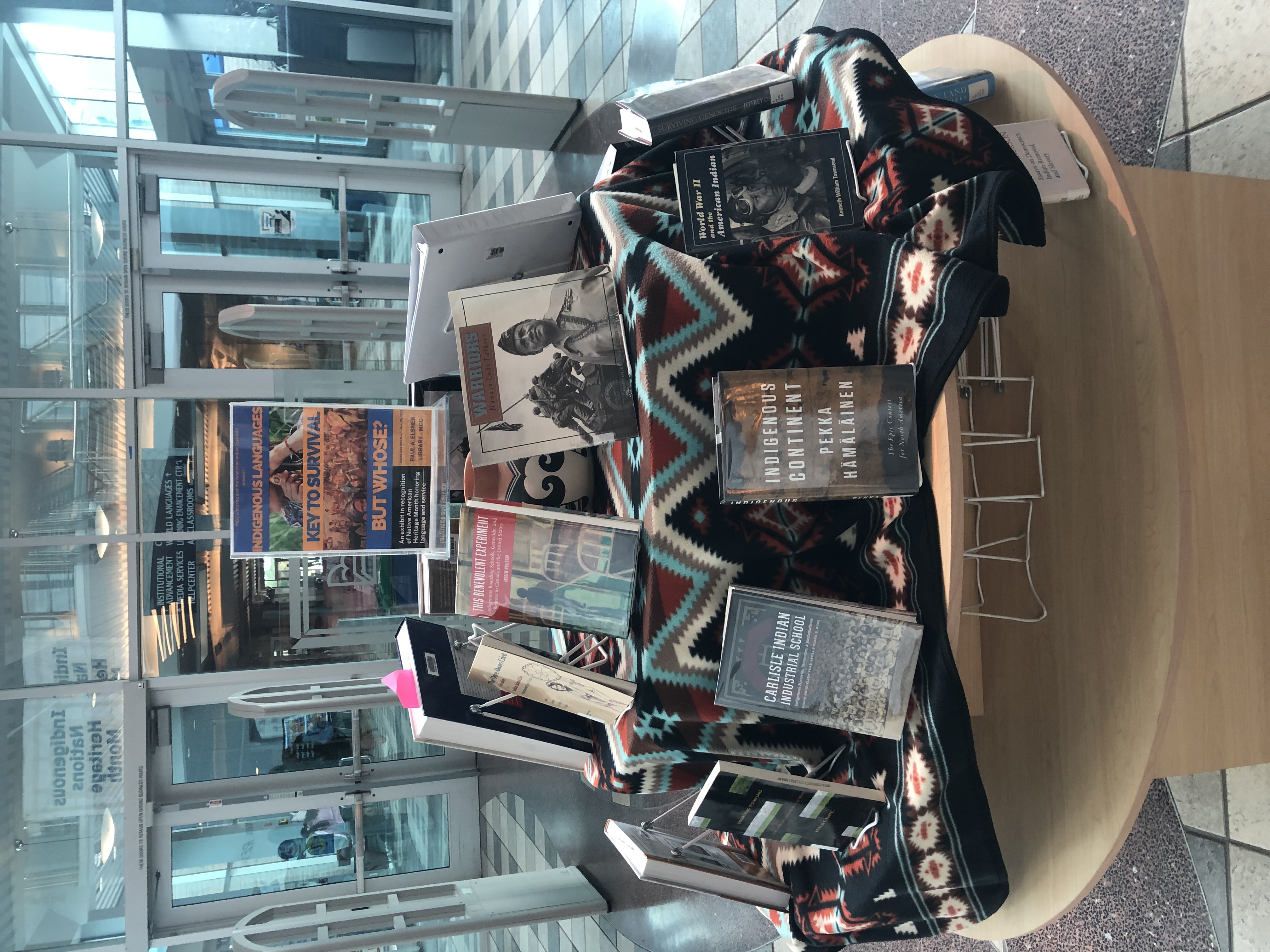 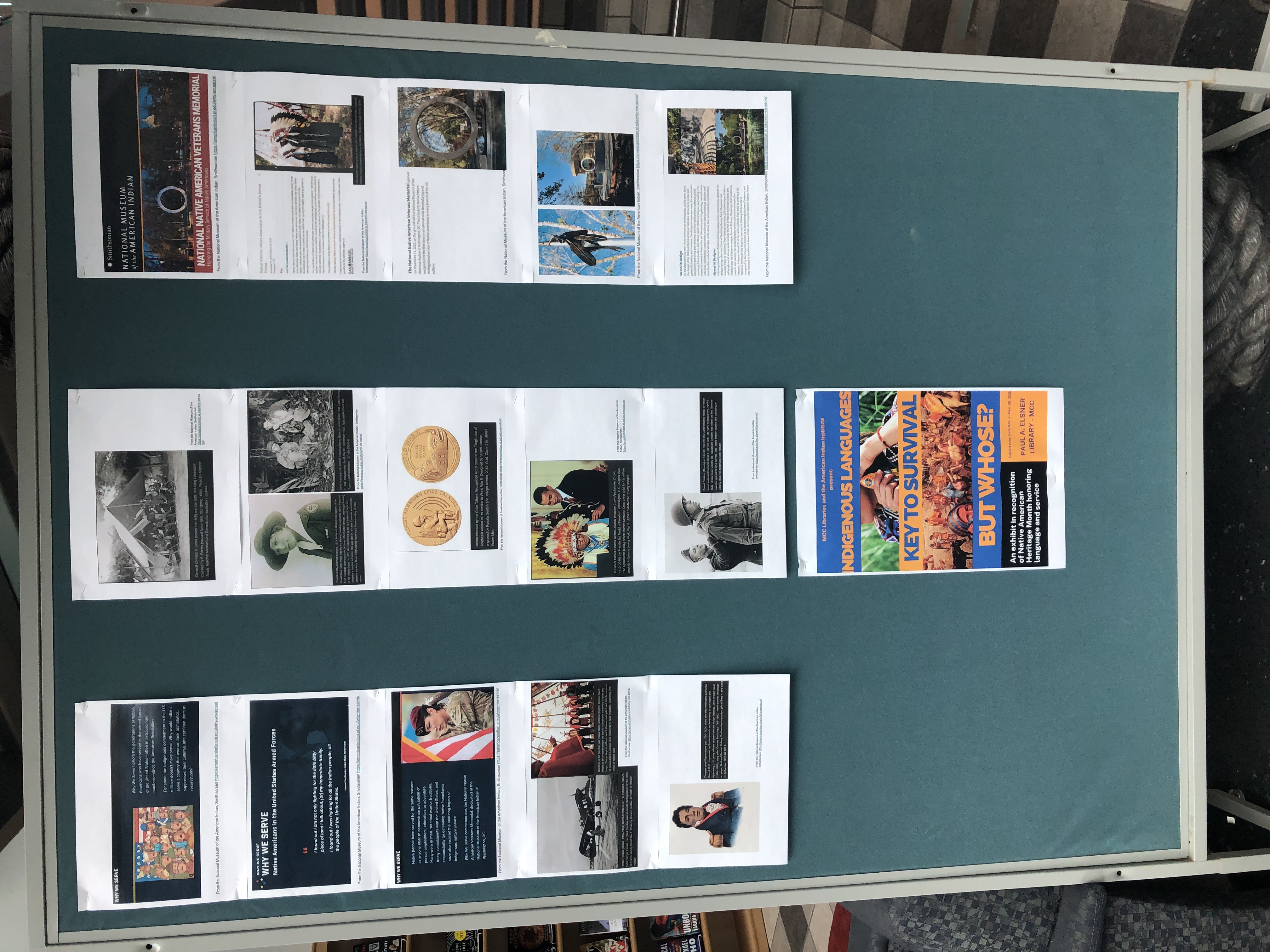 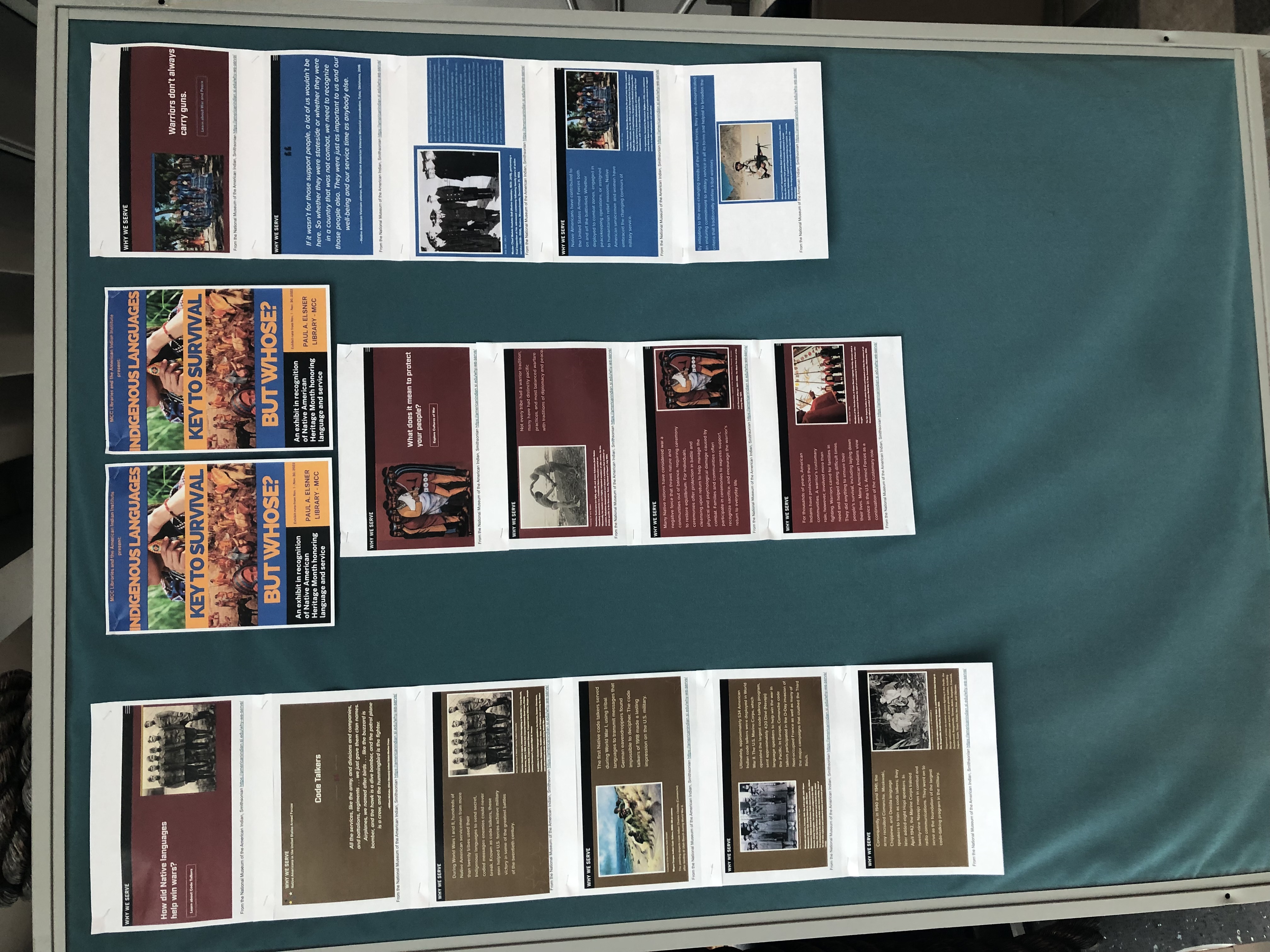 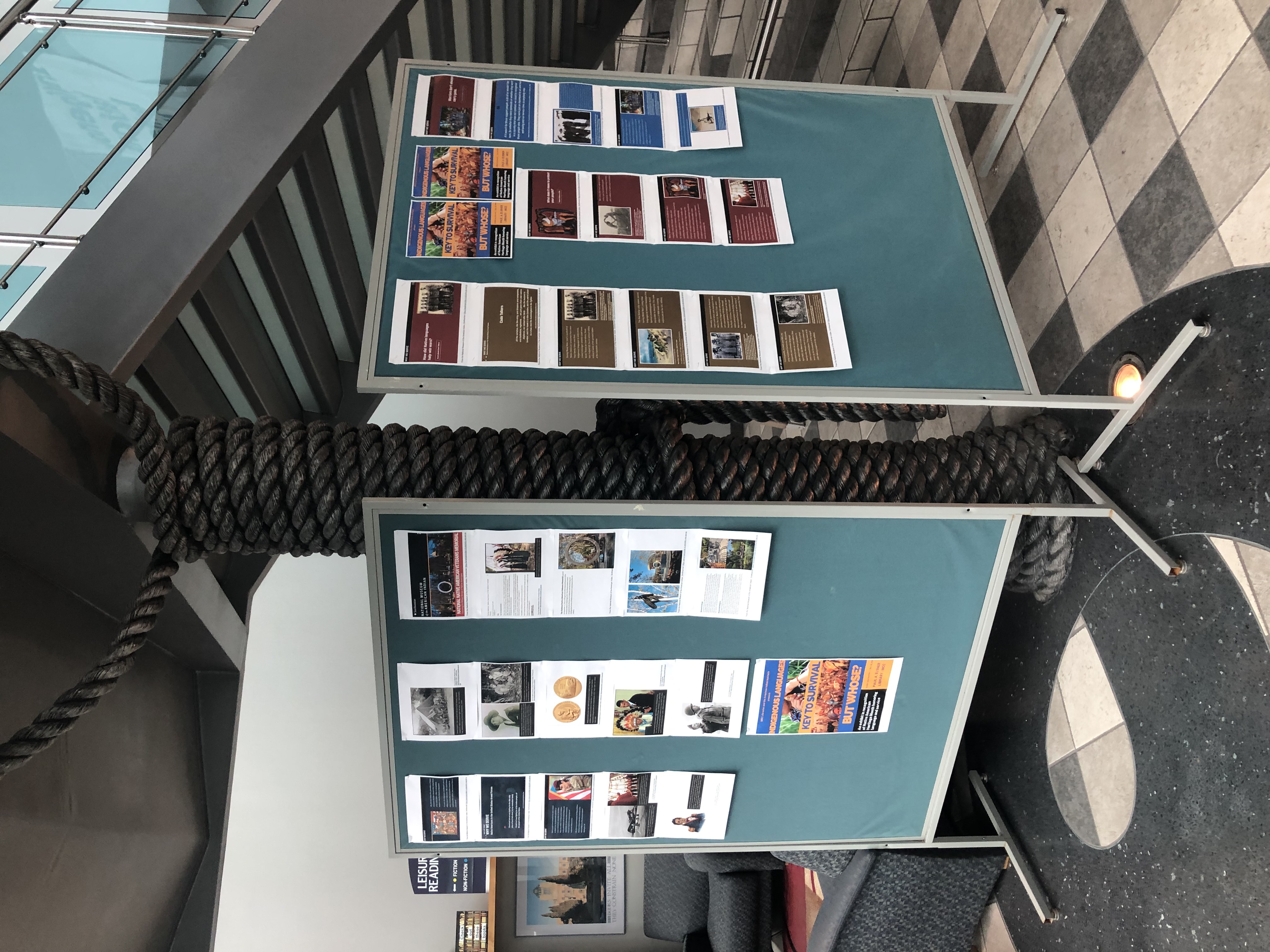 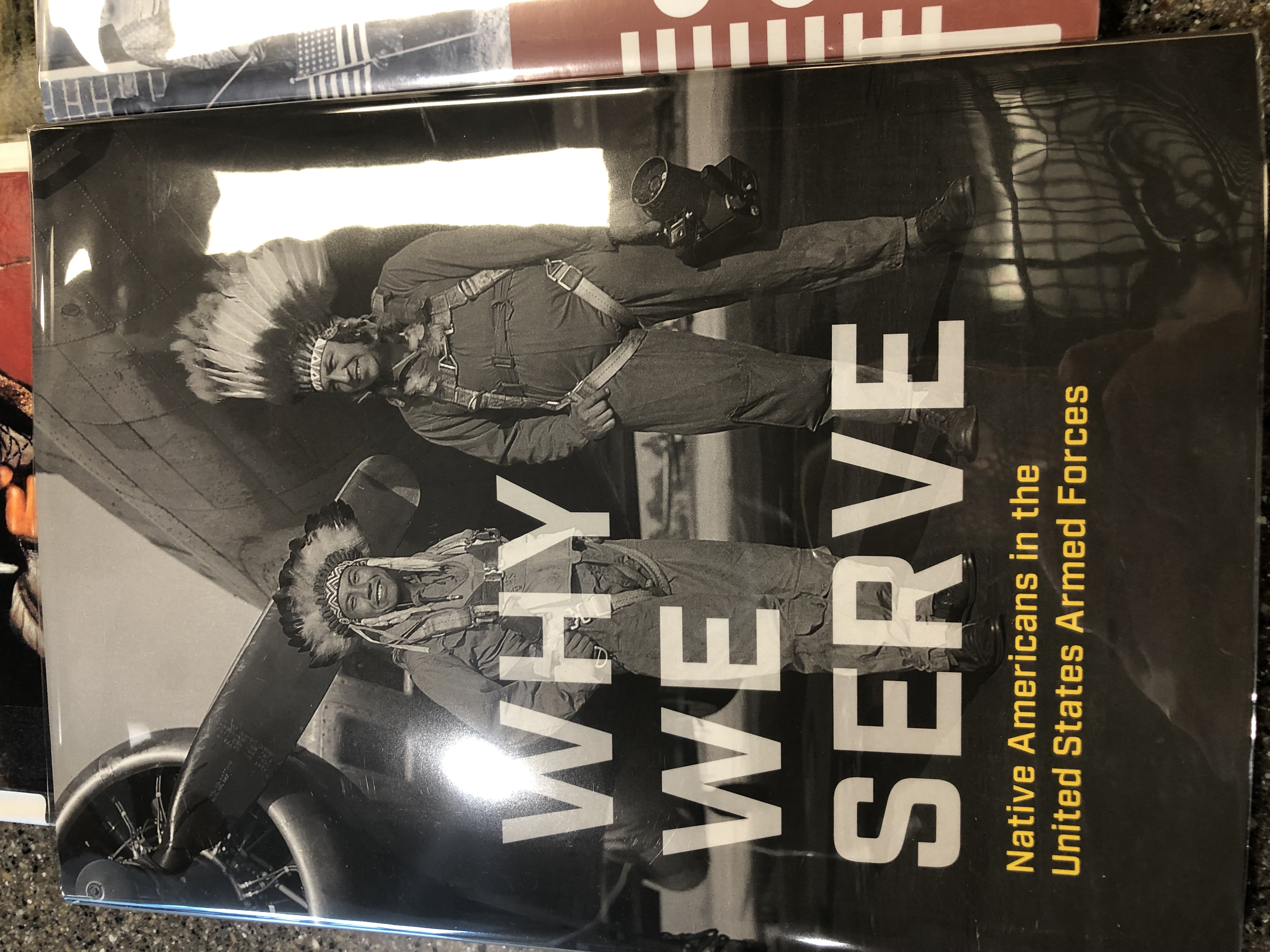 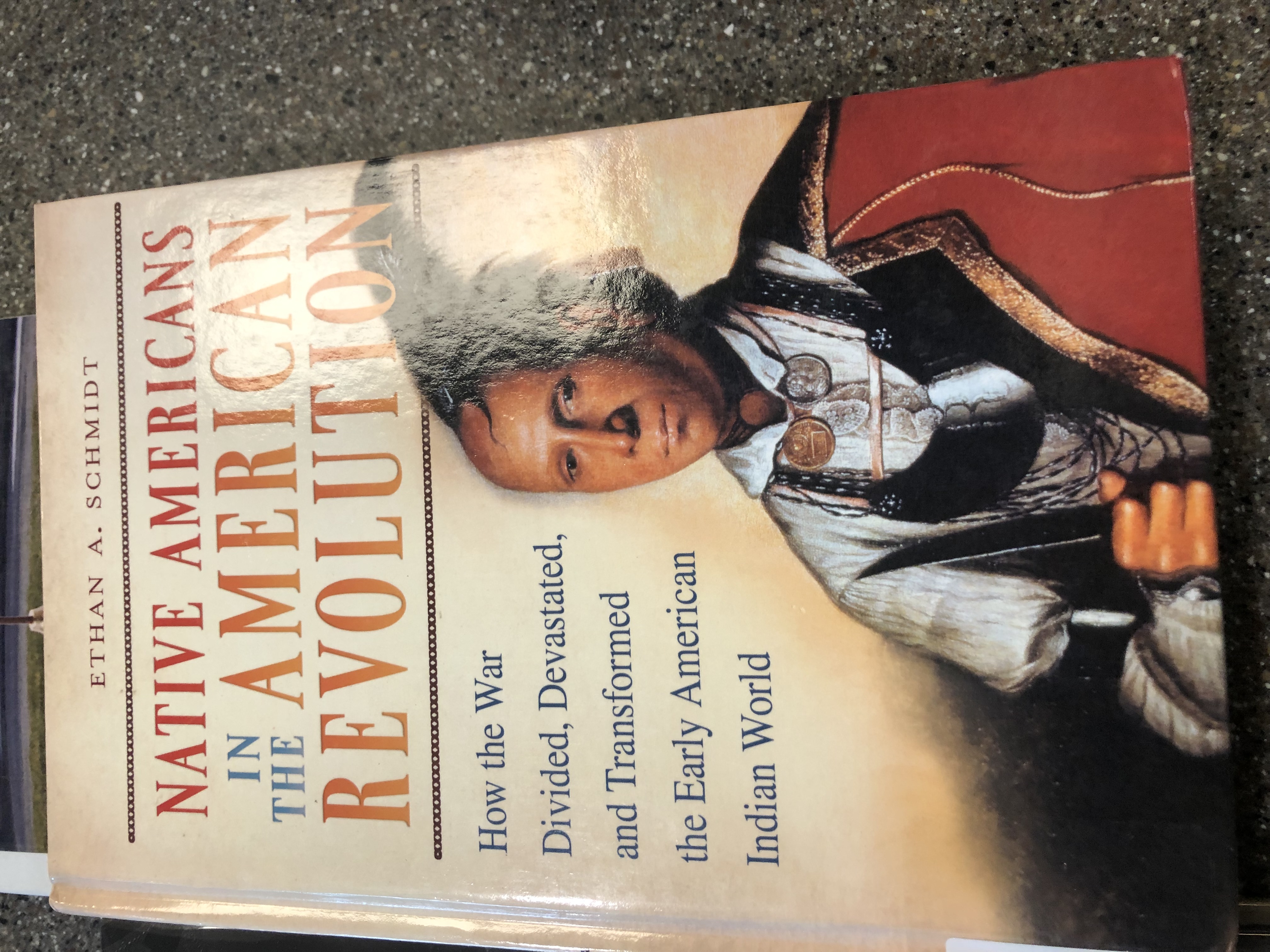 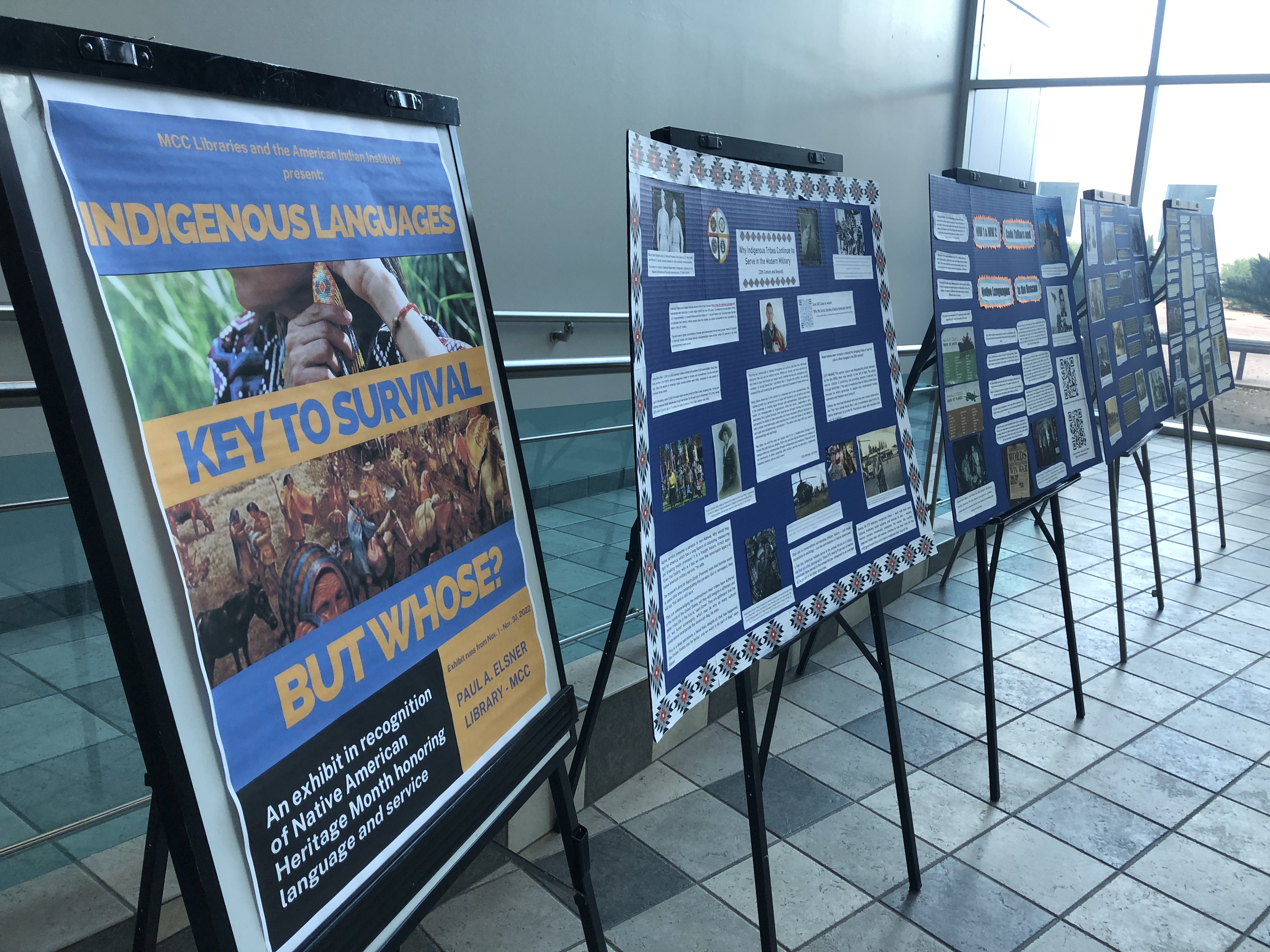 Why We Serve: Native Americans in the United States Armed Forces (26:53) honors the generations of American Indian, Alaska Native, and Native Hawaiian who have served in the armed forces of the United States—often in extraordinary numbers—since the American Revolution. For some, the Indigenous commitment to the U.S. military doesn’t make sense. Why would Indians serve a country that overran their homelands, suppressed their cultures, and confined them to reservations? The reasons are complex. View the personal stories of Indigenous veterans, how their diverse experiences led them to serving in the U.S. military, and the impact that it has had on their lives and identities.